When Jack Prendergast scorched through in the seventh minute of the Munster championship opener against Tipperary, the scoreboard wasn't quite reflective of the game to that point.

The Deise claimed all of the four opening points at wet and blustery Walsh Park, but it didn’t paint the full picture.

Tipp had already amassed a number of wides by that stage, and within two minutes had taken the lead, Mark Kehoe finishing in style to the net followed by scores from Barry Heffernan and Jake Morris.

Huge underdogs going into the game, the Premier County had the bit between their teeth and could well have led by more than four points at the interval.

The Deise again raced out of the traps on the scoring front with goals from Mikey Kiely and Dessie Hutchinson, but while Tipp hung in and recovered, crucially, they never retook the lead.

Down the stretch the home side finished strong to take their first ever win in the round-robin championship, but had the below-par first half anything to do with growing expectations?

Many are tipping the league champions to be Limerick’s biggest challengers in 2022 and manager Liam Cahill admits it may have played a part in the opening 35 minutes, where he felt his side were "indecisive" and guilty of "slow reactions".

"It’s very hard to protect fellas from that," he told RTÉ Sport. "Certain analysts were writing things, but we have nothing won.

"These are a good bunch of lads and have put themselves in their own little bubble to deal with that. There was a bit of apprehension throughout the first half, we addressed that at half-time and thankfully we found some kind of flow in the second half."

His Tipperary counterpart Colm Bonnar felt his team should have had more to show for their efforts.

"Our first-half display deserved a few more points on the board. We were unlucky with one or two goal chances, and it would have helped us with their second-half onslaught

"Waterford were very clinical with the two goals. It’s something we need to learn from. We had maybe four or five goal chances and only took two." 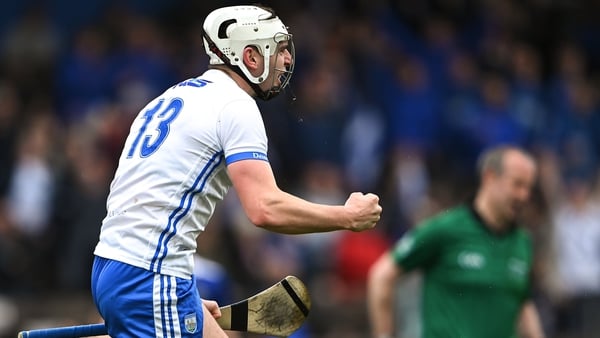