Perhaps the most common refrain from retired sports people is a lament for failing to enjoy success more. It is something Limerick hurler Gearoid Hegarty is hopeful won't apply to him.

The reigning Hurler of the Year is riding the crest of the wave, with his Treaty team-mates securing a third successive Munster title and now strong favourites to make it three All-Ireland titles in four seasons.

The manner of the victory over Tipperary at Pairc Ui Chaoimh – turning a 10-point deficit into five-point winning margin after a spell-binding second half – was a joy to watch and proof that any team with serious ambitions of wrestling Liam MacCarthy from their grasp will have to put the Treaty men to the pin of their collar for 70 minutes.

Given that Limerick’s previous provincial win prior to this golden spell in 2013 was their first in 17 years, and the 2018 All-Ireland success ended a 45-year drought, Hegarty is relishing every moment.

"These are the days of our lives. I am 26 and 27 in two weeks’ time and I won’t be at this forever," the forward told RTÉ Sport at the Bord Gáis Energy 2021 #HurlingToTheCore Media Day. 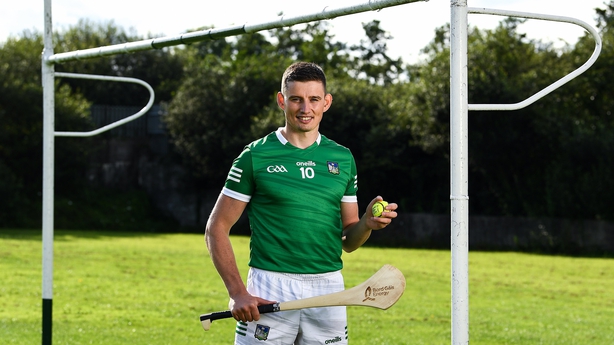 "Going down to Pairc Ui Chaoimh with fans inside in the stadium and to be actually able to give a ticket to your mother and father and brothers and sisters and they are so delighted to be going to games. You sometimes have to take a step back and appreciate the position we are in."

The second-half blitzing of Tipperary was such that even before John Kiely’s men took the lead, there was almost a sense of inevitability about the result such was the fluid work throughout the field.

The St Patrick’s club man was again a key figure in attack, picking off three points from play after a below-par opening 35 minutes.

What is it like to be in the middle of such a flow-state, when everything you do turns to gold and there is no let-up for the opposition?

"It’s absolutely brilliant and that’s why you do all the hard training in Rathkeale in November and December in the freezing cold and rain." 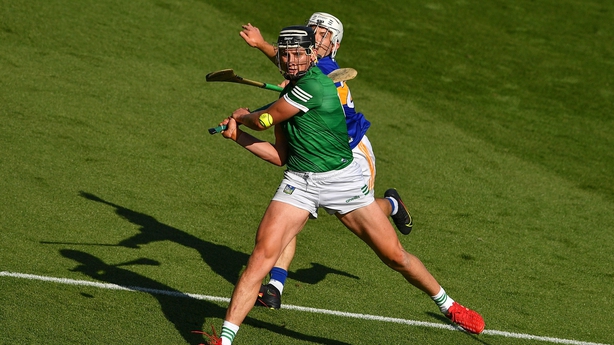 It reminded him of the advice given to him by Wayne McNamara when he joined the panel first. The Adare man would travel with Hegarty to training, and was always keen to stress the enjoyment of the game.

"As bad as the first half felt, that second half was something that will live with me forever."

The champions can sit back and watch the quarter-finals unfold, and while they can’t play Tipperary, it will be Waterford, Cork or Dublin up next.

If he has a preference, he certainly isn’t giving it away, but regardless, the rangy forward is just itching to get back to Croke Park.

The epic All-Ireland semi-final win over Cork en route to winning Liam MacCarthy in 2018 was his first time playing on the hallowed sod in his third year on the panel.

A sports mad youngster, many trips were made to the venue as a supporter, including to join his cousins in the capital to cheer on the Dublin footballers, but every outing on Jones’ Road is one to savour and he is raring to get back there on Saturday week for the first of the semi-finals.