Brendan Cummins and Anthony Daly have showered Joe Canning with praise after the Portumna man announced his decision to retire from inter-county hurling aged 32.

Canning was a phenomenon with Galway, bursting on to the scene back in 2008 as an outrageously gifted teenager who would carry the hopes of his county for years.

When confirming he'd be walking away, Canning referenced the litany of accumulated injuries that have taken a toll on his body and former Tipperary goalkeeper Cummins believes the timing of his decision to go is just right.

"It is probably the right time to go," he told the RTÉ GAA Podcast. "I'd love to see him go another year but I think it's important as a player that you retire a year too soon. That, I think, is where it would fall with Joe.

"We'd all love to see him go again next year but he's retired at his peak. He broke the [all-time hurling championship scoring] record at the weekend. There'd definitely be another spin in him in the 2022 championship but I'd rather see him go now than to be only a sub and coming on only the odd time next year so we remember him at his height."

"The amount of big moments he delivered for Galway, to see him get that All-Ireland in 2017 was magic."

Daly puts Canning up there with the very finest players to have ever graced the game.

"He's 32, not that old, but there's some mileage on the clock. He's one of the greatest players I've ever seen. I remember going to watch him with LIT in the Fitzgibbon Cup. Joe lit it up. He was just magic. 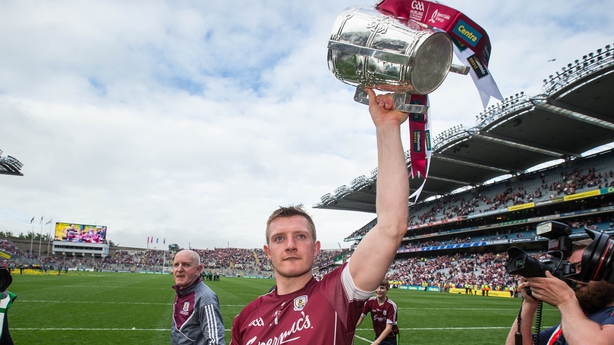 "He'd do a few things on a Wednesday at 2 o'clock and you'd be driving home saying, 'my God, how good is this guy?'

"The amount of big moments he delivered for Galway, to see him get that All-Ireland in 2017 was magic. He's also been magnificent for his club as well. They haven't seen great times the last two or three years but Joe has still been to the fore them all the time. A brilliant, brilliant player."

Cummins stressed how Canning was able to change his game for the greater good - the shining star sometimes sacrificing himself to work deeper all in the name of delivering Galway that precious, memorable 2017 All-Ireland triumph.

"There was a time when he came on the scene first when it all revolved around Joe Canning. One man could never win a All-Ireland by himself, but I think what he did as he got older was influence people around him.

"His work rate at 11 in that final against Waterford was unbelievable. He's hooking, he's blocking, he's working back, he adapted to the modern game. He wasn't one of these fellas who just trotted into the edge of the square and hit the frees. He realised he needed to do something different.

"I played against him in a league final, I think it was 2008, and he was only a young fellah then. He picked up the ball on our 65 and he ran straight down the middle. He didn't hit it until he got to me. That's what he was able to do, that X-factor.

"What an unbelievable player and a role model for countless forwards - not just in Galway but throughout the country." 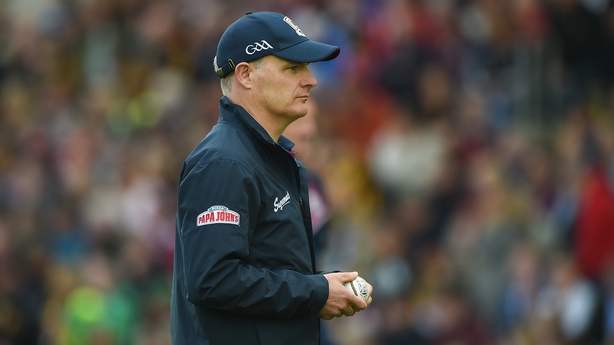 "What service he has given to Galway, a once-in-a-generation talent, that ability to create special moments," he told RTÉ’s 2fm.

"He always led by example. When he took to the field, he set the standard. What a player he has been, one of the all-time greats.

"He’s so humble, and comes from a great family. He always gave so much to supporters, and I think he will be remembered fondly by the supporters for those attributes also."