Antrim will play Liam MacCarthy Cup hurling in 2021, but Donal Og Cusack fears they could suffer "a lot of beatings" based on their underwhelming performance in winning the Joe McDonagh Cup.

The Ulster side maintained their 100% record over Kerry this year with a 0-22 to 1-17 win at Croke Park to seal top-flight hurling next season.

Strong performances in both the first and third quarters were significant from Antrim's perspective as was the scoring power of Ciaran Clarke who sniped 0-11, but they had to withstand a Kerry fightback and probably will feel the margin of victory should have been greater than two points.

With much sterner tests to come in the Leinster championship next year, the Sunday Game pundit has concerns over how competitive the Saffrons will be.

"Everybody would love to see a strong Antrim," he said. "Imagine Casement Park full for a big game against one of the bigger teams, but I don't want to be patronising towards them, that performance today would suggest that they are going to struggle next year.

"I would worry that they're going to suffer a lot of beatings based on what we’ve seen there today."@DonalOgC gives his thoughts on how Antrim will fare in 2021 after they won the Joe McDonagh Cup.

"It almost reminded me of a boxer going up a division and just not having the weight to match the ambition.

"They have the population, they have the passion for hurling, hopefully they will benefit from their time up there, but I would worry that they are going to suffer a lot of beatings based on that performance today." 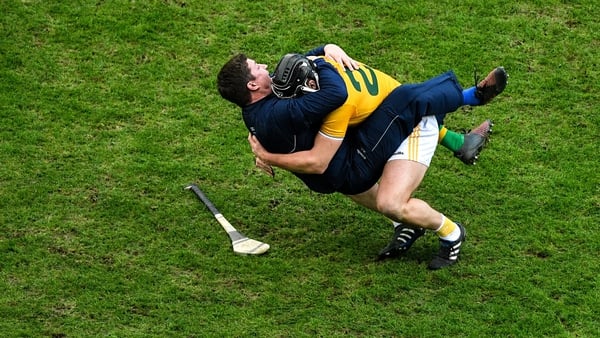