Shane Moloney crowned an incredible debut for Galway with an injury-time match winning point as the Tribesmen returned to the All-Ireland hurling final in quite incredible fashion.

The substitute was only on the field a matter of moments when he was wonderfully picked out by a long Joe Canning pass and split the posts for the game breaking score.

The strike brought to an end a remarkable game that saw Tipperary's Seamus Callanan finish with 3-9 on his own.

But Maloney was the man on everyone's lips in the 58,495 strong crowd as he punched the air in delight after setting up a September 6 final showdown with Kilkenny. That'll be a repeat of the 2012 finals and also of this year's Leinster decider which the Cats won with a workmanlike display

Galway manager Anthony Cunningham did insist after that provincial final loss that his team would meet Kilkenny again in the final and he's proven to be as good as his word.

Galway are still searching for a MacCarthy Cup breakthrough though and will be praying that this isn't the height of their achievement this season as they chase a first title since 1988.

They got off to a terrible start when Callanan sniped 1-1 inside the opening four minutes to leave Tipp purring in front of the appreciative crowd.

Callanan buzzed with intent throughout the half and finished it with 1-5 though Galway regrouped after that slow start and actually moved clear by the break.

Canning helped himself to a half dozen first-half points while Cathal Mannion, David Burke and rising star Conor Whelan found the target too to move the westerners 0-13 to 1-9 up at the break. 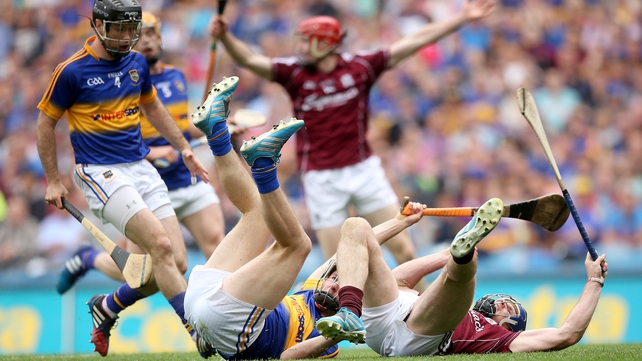 It was impossible to say who would prevail though due to the sheer quality of the ebb and flow contest. Canning added another piece of genius to proceedings early in the second-half with a point from a side line cut.

It appeared goals would prove Tipp's battering ram to success though. Callanan got a second in the 40th minute and added a third 13 minutes later with a clever low finish beneath the goalkeeper.

That put Tipp two clear but Galway responded with four points in a row from Canning, 2, Whelan and Jason Flynn. It summed up a tit-for-tat thrilling tie.

Tipp will ultimately rue a penalty effort from Callanan that was tipped over while sub Lar Corbett drew another great save from Colm Callanan.

It looked like parity might be the winner late on as the sides went deep into injury-time without anyone taking the lead. But right at the death Canning found Maloney with a great diagonal pass, leaving the debutant to slip away from Cathal Barrett and fire the winner. 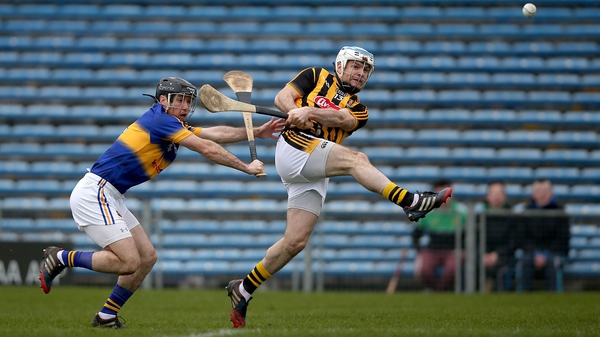