Cork advanced to their first Allianz NHL final since 2012 after a scintillating comeback against Dublin at Nowlan Park, Kilkenny.

Cork have not won the league since 1998 and looked to be heading out here as they trailed by 2-15 to 0-12 at half-time but Seamus Harnedy sneaked a late point to give the Rebels victory.

Mark Schutte and David O’Callaghan goaled for Dublin but Paudie O’Sullivan brought Cork back into it and Patrick Horgan’s incredible 17-point haul stole the show for the Rebels.

Dublin used the wind to full affect in the opening half and held a nine-point lead at the break.

Conor Lehane got Cork’s first point in the second minute but Harnedy was their only other scorer until the 20th minute – Dublin hit 2-09 in a devastating spell.

Following Lehane’s opener Mark Schutte goaled when he got out in front of Damien Cahalane and rifled his shot to the right of netminder Anthony Nash.

Conal Keaney then landed a monstrous effort, Paul Ryan added two frees and with Mark Schutte notching another point Dublin were in the ascendancy.

Leading 1-09 to 0-03 after 18 minutes, David O’Callaghan raced at the Cork defence and after pirouetting his way through he found the net.

Horgan settled Cork with three frees but they still trailed by nine with just over ten minutes left in the half.

Ryan also got his third free but Cork got a foothold and brought themselves back into contention with Lehane and Horgan doing the damage.

The latter ended the half with six points but a point from Liam Rushe ensured Dublin led 2-15 to 0-12 at half-time. 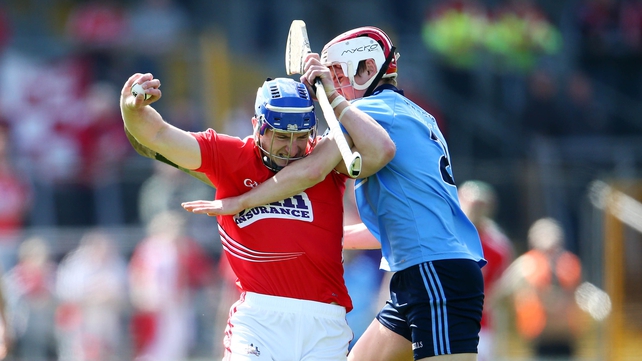 Mark Schutte gave Dublin the perfect start with a point after the break but Horgan continued his scoring-spree moments later.

The Cork sharp-shooter hit six points over the next 11 minutes to drag Cork within two goals of Dublin.

But from here Ger Cunningham’s side went score for score with Cork until Bill Cooper set up O’Sullivan for a crucial goal.

That left the scores at 2-22 to 1-22 and O’Callaghan responded quickly for the Dubs before Horgan made it a three-point game again.

Cork continued their scoring momentum as Horgan rounded off his tally with a point and another free to make it 2-23 to 1-25 in Dublin’s favour as the clock hit 70 minutes and two minutes were signalled for added time.

The Rebels were not for turning and smelt a draw, at least, was still in their grasp and Lehane duly pointed to level a thrilling encounter before Harnedy completed a stunning comeback at the death, to book Cork’s spot in final at the expense of a crestfallen Dublin side. 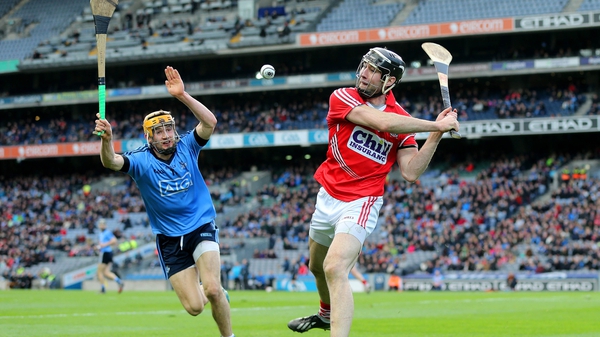 Dead-eye Cork put Dublin to the sword at Croker