Pat Horgan led the destruction of Dublin as Cork swept to a huge Croke Park victory and joint top spot in the Allianz Hurling League table, 0-34 to 1-20.

Free-taker Horgan swooped for 14 points in total while man of the match Luke O'Farrell beside him in the full-forward line contributed 0-04.

Rob O'Shea and Seamus Harnedy impressed too as Cork opened up Dublin virtually at will.

The result leaves Cork and Dublin joint top of 1A though few expected such a big margin of victory beforehand.

Dublin came into the contest in great form with wins over Tipperary and Kilkenny, though their history with Cork hinted at a tough evening.

Cork won their most recent meeting which was the classic 2013 All-Ireland semi-final. 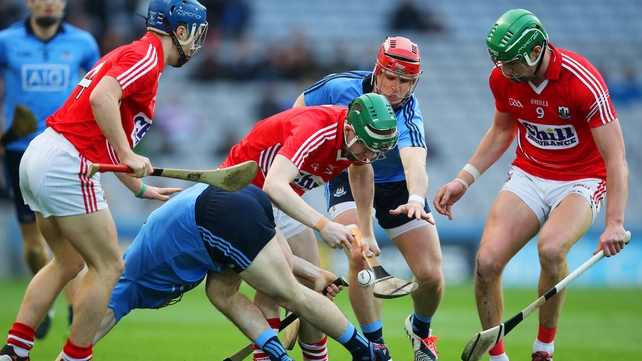 The Rebels also edged their last league clash by a point in 2012.

So it was business as usual when Cork started with gusto and soared 0-05 to 0-01 clear after 10 minutes.

The margin was out to six points at 0-08 to 0-02 after just 16 minutes and a worrying situation for Dublin was starting to develop.

Cork's hurling was crisper and sharper and their first five points were all reeled off from open play. 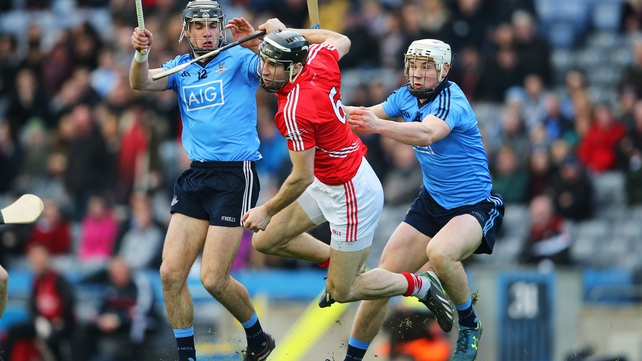 Horgan had helped himself to five points at that stage and Harnedy was the only Cork forward without a score.

The St Ita's man rectified that statistic shortly before half-time with a fine point from distance.

It was all a little to easy for Cork who were aided by some poor Dublin shooting. David Treacy had a goal chance saved and struck two of their seven first-half wides.

Dublin's only highlights in the half were the long-range points scored by midfielders Danny Sutcliffe and Shane Durkin.

Niall McMorrow weighed in with two before the break but Cork still led convincingly, 0-21 to 0-08. 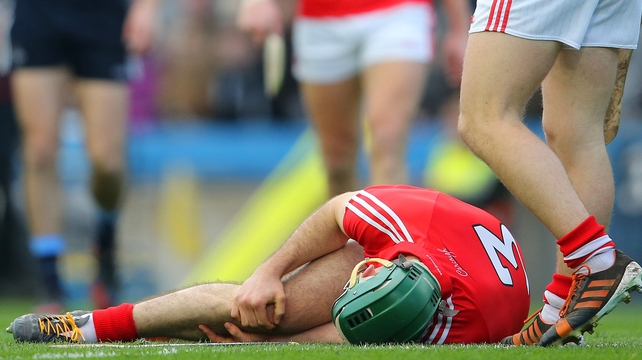 Paul Ryan improved Dublin after his introduction. He shot nine points overall and eight in the second-half.

Dublin can take some credit for outscoring Cork 1-12 to 0-13 in the second period.

But they needed much more than that after the terrible start and Liam Rushe's 68th-minute goal with a batted finish from close range was merely consolation.

The closest Dublin got to Cork in the second-half was a nine-point deficit. Harnedy produced his best form in the third quarter of the game with four great points.

Mark Ellis was on the mark too while Horgan, fittingly, wrapped up the huge win with a great point from the left wing with time almost up.

Subs: S McDonnell for Joyce, B Lawton (0-1) for Walsh, S Moylan for Cadogan, A Spillane for O'Farrell, A Walsh for O'Shea. 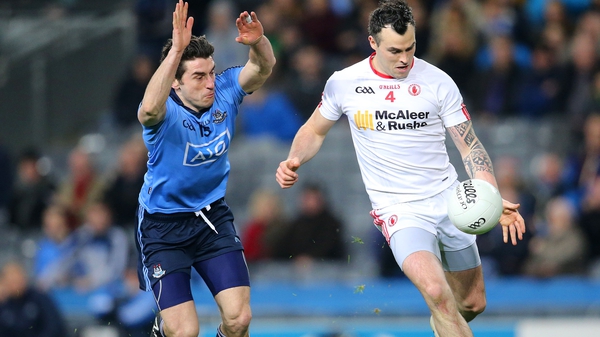 As it happened: League Saturday