The 32-year-old played a starring role in the Cats' All-Ireland final replay victory over Tipperary in September and was rewarded with his seventh All-Star.

"I have enjoyed my time being part of such a talented group of players and management teams," he said in a statement.

"I wish to thank Brian Cody and his selectors for allowing me to play hurling at the highest level. I also thank the Kilkenny county board for their support on and off the field. Thanks to The GPA, they been a great help to my development in both my sporting and professional career.

"My father, family, close friends and my girlfriend Aisling have been a huge source of encouragement and support to me over the years. I thank my club The Fenians, my former teachers and various coaches for instilling in me a love for the greatest field game in the world.

"It's been amazing the encouragement the Kilkenny supporters have given me down through the years and for this I thank you all.  I am grateful to my employer Kingspan Insulation for their support.

"I wish the Kilkenny senior hurling panel and management team continued success in the future."

Delaney becomes the fifth Kilkenny player to retire in recent weeks, following the decisions of Tommy Walsh, Brian Hogan, Aidan Fogarty and David Herity to also hang up their boots.

There is also speculation that veteran Henry Shefflin may follow suit after the conclusion of Ballyhale's club campaign.

Best of luck to @jjdel82 on his retirement, unbelievable defender, animal in the air..and he wasn't too bad to get a hook in either 🙈 #jj 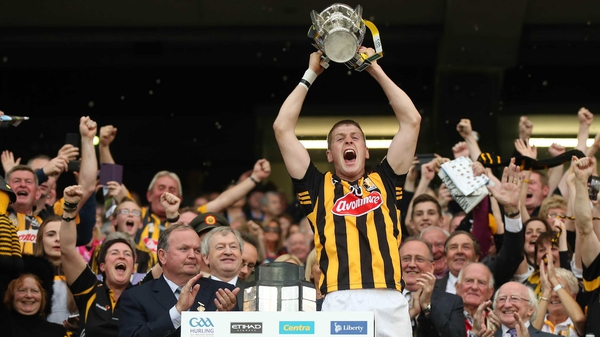 Kilkenny too strong for Tipperary in All-Ireland final replay