Clare and Wexford played out a thrilling draw in their round 1 hurling qualifier at Cusack Park in Ennis with extra time failing to separate the sides as the game finished 2-25 each.

Conor McGrath looked to have won it for the home side before Paul Morris levelled the scores with the last puck of the game.

All-Ireland champions Clare were outclassed for long periods of the game with Wexford leading 2-09 to 0-10 at half time.

Goals from Conor McDonald and Liam Óg McGovern gave Wexford the advantage against Clare who had Podge Collins sent off on the stroke of half-time.

Wexford were awarded a penalty with three minutes of normal time remaining which Morris pointed to give the visitors a four-point lead.

But there was still time for drama as Clare were given a penalty of their own after Conor McGrath was hauled down by Keith Rossiter.

Tony Kelly's penalty was blocked but Seadhna Morey rifled home the rebound before Conor Ryan levelled the game with a late point to send the game to extra time.

McGrath scored Clare's second goal in extra time and thought he had won it before man of the match Morris had the final say.

The game had a lively start with Wexford storming into an early lead with a goal from full-forward McDonald putting them 1-03 to 0-01 up after nine minutes.

McGovern grabbed their second as he ran clear of Cian Dillon before dispatching the ball to the net to put Wexford 2-07 to 0-03 ahead after just 16 minutes. 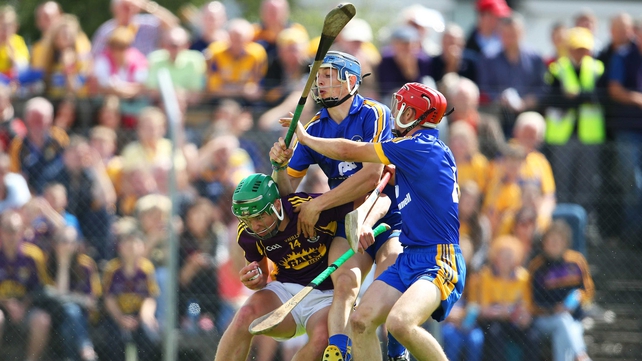 Colin Ryan's frees kept Clare in touch as the All Ireland champions went in five points down at half-time.

The home side rallied in the second half but were aided by Wexford's wayward shooting.

The Model County hit several poor wides while Patrick Kelly made a brilliant save to deny McGovern his second goal after 64 minutes.

Wexford were awarded their penalty shortly afterwards and Morris took the safe option of a point before Morey and Ryan kept Clare in it.

Cathal McInerney and Tony Kelly both scored for Clare before McGrath's point looked to have won it.

But Morris, who finished with a personal tally of ten points, struck the last puck of the game between the uprights to give Wexford a well deserved second chance. 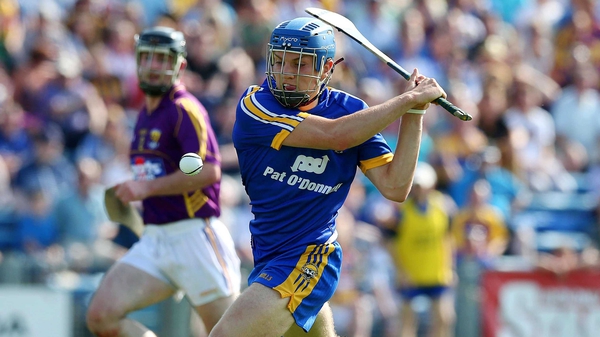