Limerick held Laois to just four second half points as the Shannonsiders staged an impressive turnaround to deliver a 1-17 to 1-13 away win at O'Moore Park in Allianz HL Division 1B.

Trailing by seven points at half-time, Limerick were far sharper in the second half with a 61st minute goal from Shane Dowling handing them the lead for the first time, a lead the visitors held for the remainder of the game.

Limerick travelled to Portlaoise with a possible chance of topping the Division, but ultimately were handed a firm lesson against a Laois side who looked likely winners for large stages of this contest.

Dwayne Palmer opened the Laois account with a fourth minute point and Laois captain Matthew Whelan fired the first of his two opening half points to hand Laois a 0-02 to 0-00 lead after five minutes.

Limerick claimed their opening score 90 seconds later from Graeme Mulcahy before the hosts moved 0-04 to 0-01 in front.

Wayne McNamara broke the scoring deadlock for the visitors but Laois continued to hold dominance in the midfield sector.

Ross King, Tom Delaney and Paddy Purcell were among those causing the Limerick backs huge problems at this stage, with Paul Browne and David Reidy doing their utmost to keep Limerick in touch.

Delaney fired Laois's fourth wide after 15 minutes, before a Joe Fitzpatrick effort was flagged as a point by one umpire, and a wide by the other, before agreement was reached that the Rathdowney/Errill clubman's shot was deemed to be wide.

Laois moved three points clear at the start of the second quarter, following Whelan's second point, and although this was cancelled out by Conor Allis, Limerick were given little change.

Laois fired 1-01 unanswered in a 90-second spell with John Purcell slotting over a point before the only goal of the first half arrived in the 25th minute.

This score handed Laois a 1-06 to 0-03 lead, but Limerick cut the gap to five points from the resulting puck out, after good work by Browne finished with Reidy slotting over a point.

Laois finished strongly before the break, outscoring Limerick by 0-03 to 0-01 in the closing five minutes of the half, but brought their wides tally to ten by the interval after a late Whelan scoring-chance for the hosts – who went in 1-09 to 0-05 ahead at the break.

Limerick introduced Donal O'Grady at half-time and the Shannonsiders showed signs of progression early on the restart.

Three of the first four points came from the visitors on the restart, with Browne, Allis and James Ryan on target.

Ryan was solid for Limerick in the second half, with Laois under huge pressure defensively, where goalkeeper Eoin Reilly pulled at least three clear point scoring chances from underneath the crossbar.

Limerick cut the deficit to four points 11 minutes in to the half following a second Ryan point, but back-to-back scores from Paddy and John Purcell for Laois ensured a 1-12 to 0-09 score-line after 49 minutes.

Laois were only to manage one further point over the remainder of the game - a 58th minute John Purcell effort as Limerick gained the upperhand.

Scores came from all quarters, with defender Tom Condon taking two excellent points, while Dowling's goal nine minutes from the end, after Michael Ryan was initially blocked, gave Limerick a 1-15 to 1-13 lead.

Limerick never yielded despite strong Laois pressure, with the Shannonsiders sealing victory in injury-time with substitute Dowling bringing his tally to 1-03.

Limerick now face Galway in the quarter-finals, while Laois will take on Clare. 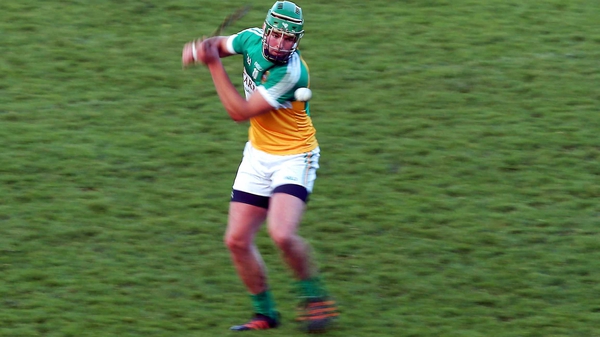