Mark Kelly netted twice during a second-half scoring surge against Waterford as Kilkenny cruised to the Allianz Hurling League quarter-finals with a 4-22 to 0-14 Nowlan Park win.

The Cats led by just two at half-time but scored an impressive 3-15 in the second-half to see off visitors Waterford with ease.

Full-forward Kelly hit the net in the 48th and 54th minutes while Jonjo Farrell and Eoin Larkin also struck goals.

Boss Brian Cody will be delighted that all of his key players impressed with Henry Shefflin delivering seven points in front of 8,883 spectators.

Kilkenny were surprisingly wasteful in attack for the first 15 minutes which meant they only led by 1-07 to 0-08 at half-time.

The Cats shot six wides before eventually registering their first score in the 16th minute through Colin Fennelly.

Shefflin was most profligate with three unlikely early errors from placed balls as Waterford moved 0-03 to 0-01 clear.

But the hosts were back on level terms at 0-03 apiece by the 19th minute as Shefflin found his range with back to back points and then Kilkenny opened a 1-03 to 0-03 lead when Farrell netted just moments later.

Eoin Larkin and Kelly were both denied with shots at goal in the build up but the ball squirmed clear for Farrell to poke home from close range.

But with Fennelly hitting three fine points from play in the half, Kilkenny led narrowly at the break.

The Mount Sion teenager curled over a beautiful sideline cut from the right early in the second-half.

But aside from four points overall from sub Ray Barry there was little else to shout about for Waterford.

They were buried beneath an avalanche of second-half scoring as Kilkenny strode comfortably clear.

Their performance was much improved with their second, third and fourth goals all arriving in a 15-minute spell as they dominated.

Larkin hammered the first home from close range while Kelly capitalised on good work around him for a brace of goals.

Richie Power made his second appearance as a substitute after an extended winter break and curled over two points before playing in Kelly for his second goal.

Substitutes: B Coughlan for Nagle 32, R Barry (0-04) for Shanahan, S Prendergast for Gleeson. 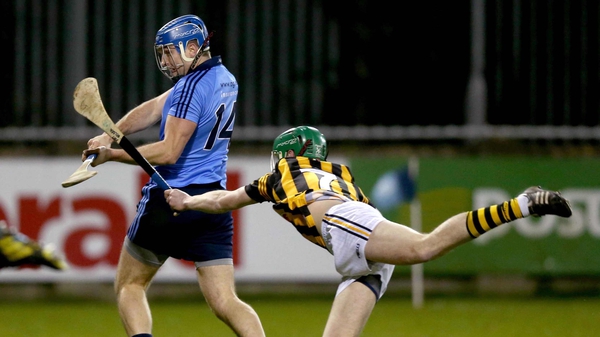