Dublin had to withstand a spirited Kilkenny fightback in the second-half but Anthony Daly’s men deservedly held on for their second win of the Allianz HL Division 1A campaign, 1-22 to 3-13 in Parnell Park.

Kilkenny came storming back after the Dubs had opened up a ten-point lead in the opening half.

Dublin had the strong wind behind them in the opening half and deservedly led by 1-16 to 1-06 at the break.

The sides were deadlocked at 0-02 each when Conal Keaney and Alan McCrabbe found the range to put Dublin ahead.

But they were rocked when John Power blasted home a goal after a surging run by Colin Fennelly after ten minutes.

Danny Sutcliffe, Colm Cronin and McCrabbe hit back for Dublin but the accuracy of Eoin Larkin from placed balls kept Kilkenny in contention, while Aidan Fogarty also found the range.

But Dublin thrived on a lot of loose ball around the middle of the field and by the interval five of their six forwards had found the range.

Joey Boland hit three excellent points from distance and Danny Sutcliffe helped himself to 1-04 by the break, albeit the goal coming from distance when Kilkenny goalkeeper David Herity failed to deal with his effort from out on the right three minutes from the interval.

Dublin built on that score with Sutcliffe finishing the half with a brace of points as they opened up a ten points interval lead.

Kilkenny hit back three minutes after the restart when Fennelly pounced on a breaking ball to blast to the net.

Five minutes later Jonjo Farrell was fouled by sub Jack Doughan just seconds after he came on for Dublin and TJ Reid stepped forward to blast the resultant penalty to the roof of the net.

Farrell added a point directly afterwards and suddenly there was just a goal between them at 1-16 to 3-07 after 43 minutes.

McCrabbe eased the pressure on the Dubs with a couple of pointed frees before Cilian Buckley landed one from distance for Kilkenny and Richie Hogan pointed a free to leave a goal between again after 55 minutes at 1-18 to 3-09.

Mark Schutte and Ryan O’Dywer helped open up a six point advantage going into the closing stages but Dublin were made fight all the way after Padraig Walsh hit two points and Richie Power also found the range but Kilkenny couldn’t find a goal to save the day. 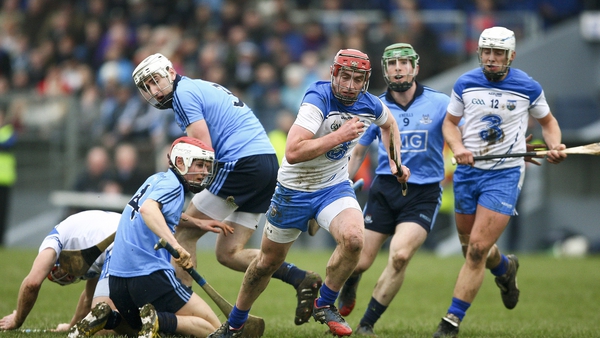