Manager Eamon O'Shea will have to do without the injured Padriac Maher and the ill Conor Kenny. However Jason Forde returns to the starting line-up in the full-forward line, with Conor O'Brien at number five and midfielder Kieran Bergin also recalled.

Anthony Daly has handed Cula's Simon Timlin a start for the Dubs.

Timlin comes in for his clubmate Cian O'Callaghan at corner back.

Fermanagh football manager Pete McGrath has confirmed that Seamus Quigley will not be returning to his squad following a training ground row last week.

McGrath said he would welcome back his brother Sean and Conor should they wish to return.

The manager has also confirmed that Barry Owens is back in the squad after missing the early parts of the league due to family commitments.

Lee Chin has recovered from injury to take his place in the Wexford side to face Cork in Sunday’s Allianz Hurling League Division 1B clash.

Conor McDonald comes in to the side as does Jack Guiney. Chin limped off last week against Laois but has recovered to start.

Liam Dunne selects PJ Nolan and Podge Doran on the bench for the first time this year.

Cork manager Jimmy Barry-Murphy and his selectors, meanwhile, have made four changes for the game with Wexford.

Anthony Nash returns as goalkeeper, and Shane O’Neill, who was on study leave last weekend, comes in at corner back in place of Eoin Keane.

Lorcán McLoughlin drops to wing back, with Daniel Kearney moving to mid-field and Aidan Walsh coming in at wing forward. Brian Hartnett is replaced at corner forward by Stephen Moylan.

Eoin Cadogan, Colm Spillane and Mark Ellis were not considered due to injury, and William Egan has college commitments.

The Mayo side were beaten in Monday's All-Ireland club football final by St Vincent's.

The Kerry senior hurling team to play London in the Allianz Hurling League Division 2A at Ruislip  on Sunday next shows wholesale  changes in personnel from the side that lined out against Carlow  in round four.

There are ten changes in personnel, and goalkeeper Nicky Leen is the only player to keep the same jersey. Manager Eamonn Kelly is giving panel members a chance to stake a place in the lineup, according to the Kerry country board.

The highlight of the finals will be the meeting of Westmeath's Robbie McCarthy and Clare's Diarmaid Nash who face off in the Men’s Senior Singles.

The action starts at 1pm.

Live coverage and updates of all Sunday’s action on Sunday Sport from 14:00 on Sunday 23 March on RTÉ Radio 1, RTÉ RnaG and RTÉ.ie (Worldwide). Television highlights on League Sunday from 19:30 on RTÉ Two and RTE.ie (Ireland only). 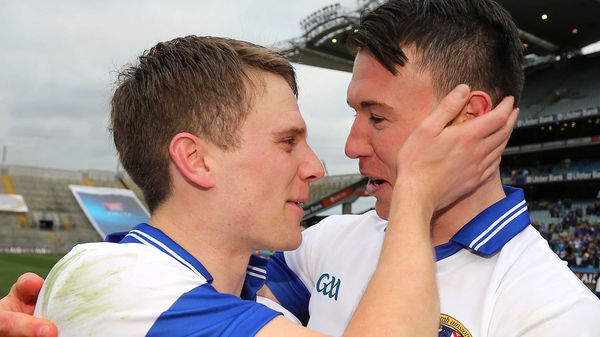