The Dublin side conceded two second-half goals to forward Danny Kirby but ran out seven-point winners at Croke Park.

Conroy told RTÉ Sport: “There were some great individual performances by players. But overall I thought we were very good.

"We never panicked, even when Castlebar came back at us and got the goal. I just thought we were very resolute in what we were doing.

Conroy also had words of praise for sharpshooter Diarmuid Connolly, who hit 2-05 from play, and captain Ger Brennan.

“He’s an exceptional talent. Diarmuid is capable of doing anything on the pitch and, again, when we really needed him, by God, he was there, with a couple of other guys as well. I thought Ger Brennan had a great game at centre-back,” he said.

On the other side of the fence, Castlebar boss Pat Holmes paid tribute to his beaten side and to the champions.

He said: “All I can say is that I’m very, very proud of the group of players from Castlebar. Obviously, hearty congratulations to St Vincent’s, they are a fine, fine team but mostly I’m very proud of the display our guys put in today.” 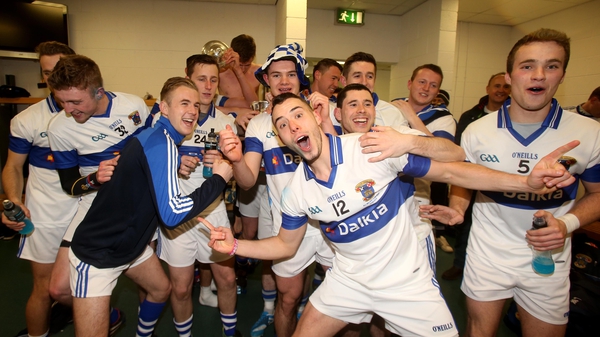