All-Ireland final man of the match Conor Ryan thought his Clare side were “dead and buried” as time ran out against Cork.

Patrick Horgan put the Rebels ahead, for the first time in the game, in injury time but Clare drew level with the most dramatic of interventions from corner-back Domhnall O’Donovan.

The Clonlara clubman hit the levelling score, his first ever score in Championship hurling, with 72 minutes and 26 seconds on the clock.

Ryan told RTÉ Sport: “When we saw that sideline [cut] being taken over there in the corner and the clock was on 72 [minutes], we thought we were dead and buried. And then of all people, Dunny, to stick the ball over the bar. It’s a relief, we’re delighted still to be there.

“He wouldn’t be the most prolific scorer but his temperament is great so as far as fellows to have the ball he’s probably not the worst, at the end of the day. We’re in his debt, that’s for sure.”

“It was an unusual feeling when the final whistle went but we’re still in an All-Ireland final and there’s no better feeling than that really.”

"The clock was on 72, we thought we were dead and buried"

Cork full-forward Horgan, who scored 0-10 in the game, also admitted that he thought that the Liam MacCarthy Cup was bound for the Leeside.

“I thought [my last point] was the winner when we’d the ball over in the corner," he said.

"But the way they were going, they hardly hit it wide the whole match.

“Give credit to Clare, they played very well today but we obviously weren’t on top of our game.

“We got three goals so we hung on in there for a long time. Really, they were pulling away, five or six points, we always got it back.

"I suppose, in the end, they were the lucky ones to score but, look, a draw in the end was probably a fair result.

“We just have to look forward to three weeks – playing two All-Ireland finals in a year is a good thing.”

The replay will throw in at 5pm on 28 September. 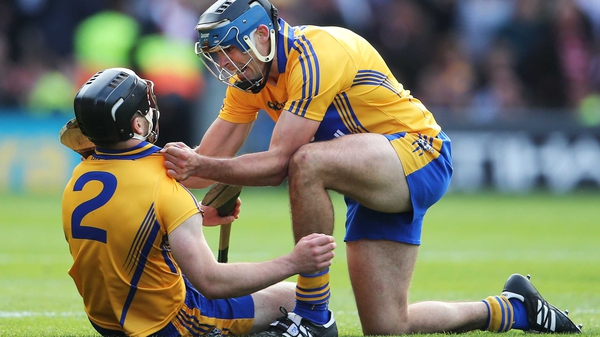