Cork goalkeeper Anthony Nash was left to reflect on the “strangest game ever” after a draw with Clare in the All-Ireland Senior Hurling Championship final in Croke Park.

Clare looked to be in control of the final but battling Cork struck three goals, including one from the Rebels' goalkeeper, to give them a one-point lead in the closing stages.

Domhnall O'Donovan rescued a replay for the Banner when it looked like added-time had already been completed.

It means a repeat of the final in 20 days’ time. Nash was unsure of his mood after the’s game.

He told RTÉ Sport: “There are mixed emotions I suppose. You don't really know if you're happy or sad. With 15 minutes to go we were well out of the game and when injury-time was up we felt we had the lead.

“It was the strangest game ever. I was more out of the goal than I was in the goal for two or three minutes. It was strange. We just have to put the heads down for the next three weeks, drive on and prepare for another final.

“I don't think any team has an edge. Clare had a better performance for 65 or how many minutes, they'll be happy enough with their performance and will try to push on. We'll do the same."

"There are mixed emotions I suppose. You don't really know if you're happy or sad" - Anthony Nash

Nash savoured the occasion in Croke Park and while he showed almost disbelief at the prospect of a return to three weeks of training after the long focus on a deciding game, he said his team are ready to get back to work again.

Nash recalled: “The emotion from the fans was fantastic. It was so loud at one stage you couldn't even hear yourself think at times, especially in the last 10 or 15 minutes; that's great.

“Hurling is the best sport in the world in my opinion. We're lucky to have it, and we had a draw last year and looking from the sidelines last year, you said, 'How are they going to pick themselves up?'

“We're in that position now, and you have to put your head down again, back to training, as if you're preparing for a first final again.”

The replay will throw in at 5pm on 28 September, the GAA has confirmed. 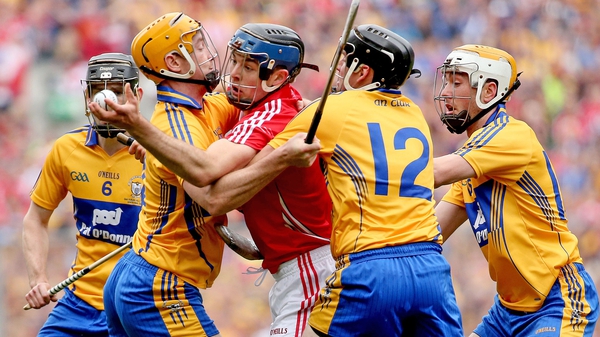