An injury-time point from Domhnall O'Donovan earned Clare a 0-25 to 3-16 draw in an incident-packed All-Ireland Senior Hurling Championship final at Croke Park.

However, Clare only surrendered the lead in injury-time when Horgan fired over his tenth score of the game, but there was to be more drama with Clare’s late equaliser.

In front of a crowd of 81,651, Clare started brightly with early scores from Darach Honan and Colin Ryan.

They dispensed with the familiar sweeper system, but did have Conor McGrath tracking back with energy to lend a hand at the back.

Seamus Harnedy got Cork going with a well-taken score, and three Patrick Horgan frees had them level at 0-04 each by the 12th minute. 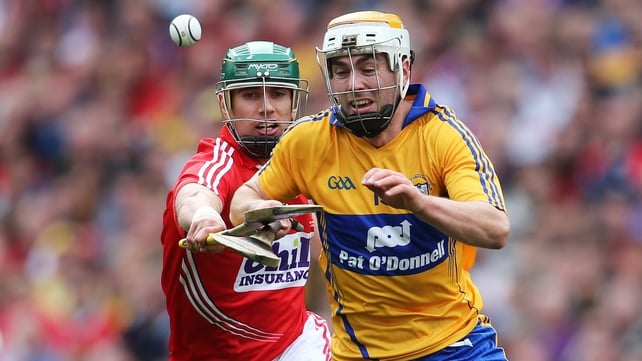 Ryan had just edged the Banner back in front with his second free when Cork exposed their defence for two goal chances.

On both occasions, goalkeeper Pa Kelly came to the rescue.

First he pulled off a superb save to deny Daniel Kearney, and then threw himself at a driven 20 metre free from opposite number Anthony Nash.

At that stage just a point separated the sides, but the double let-off gave Clare a massive boost, and they broke away to post a string of scores.

Padraig Collins, Conor McGrath and Ryan all split the posts as Davy Fitzgerald’s side eased into a double scores lead at 0-08 to 0-04, with Pat O’Connor putting in a solid shift at the back and stamping his creative mark on the contest.

Nash had to be alert with a reflex save to keep out a Honan snapshot as the Rebels endured a difficult spell.

But they recovered to chip away at the deficit, Horgan again on target, including his first from play, a massive point from almost 90 metres.

Kearney also slotted over a point from play, as did wing-back Brian Murphy.

Clare led by 0-12 to 0-10 at the break, and they continued to bring a remarkable intensity to the contest, forcing the Rebels into errors, which they exploited with further scores from Kelly and the unerring Ryan, who steered over his sixth free for a four-point lead. 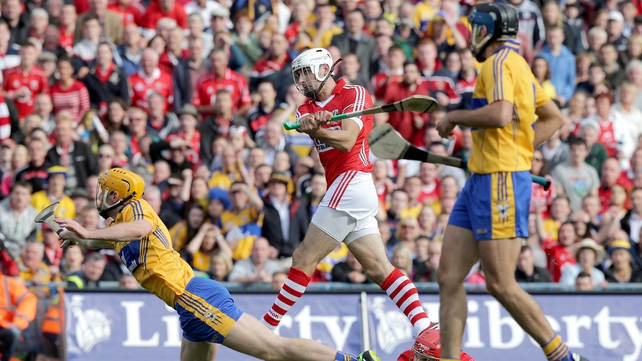 But the game changed suddenly in the 40th minute when Conor Lehane showed blinding pace to sprint through from deep and fire a shot to the bottom corner of the net.

Collins showcased his skills with an immaculate point as Clare went back into a two-point lead, but they failed to fully capitalise on a dominant spell, with Ryan missing a couple of frees. He also had a shot on goal superbly blocked by Conor O’Sullivan.

But the Rebels were unable to stem the tide of yellow jerseys, and when Conor McGrath and Conlon split the posts, it was beginning to look like Clare’s day.

When Ryan hit his ninth point, all six Clare forwards had scored from play, a stat that Cork came nowhere close to matching.

But they got themselves back in the game when goalkeeper Nash smashed a 20-metre free to the roof of the net in the 57th minute to narrow the gap to just two points.

Moments later, Cork were awarded a penalty for a foul on Harnedy, but Nash saw his drive deflected onto the crossbar by Domhnall O’Donovan, and Clare rallied again to go three clear.

Cork were far from finished, however, and when Pa Cronin saw his chance, he picked his spot with an accurate finish to the net, and the sides were level going into the final five minutes.

Horgan appeared to have won it for them with his tenth score in stoppage-time, but there was still time for O’Donovan to pop up with a dramatic leveller. 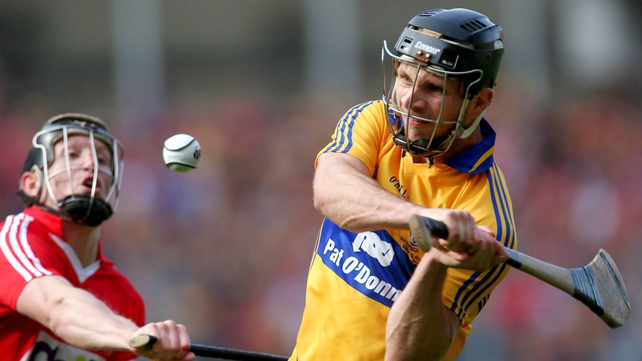 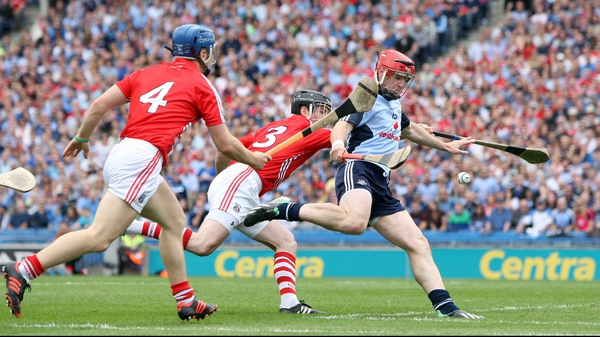