Cork say they will appeal the red card given to Patrick Horgan in Sunday's Munster final defeat to Limerick.

Referee James McGrath was in no doubt as he dismissed the forward for hitting Limerick’s Paudie O’Brien on the back of the head with his hurley as the defender went for a high ball.

The sides were level at ten points each at the time of the incident - the Treaty County went on to win by nine.

Speaking in the Irish Examiner, Cork selector Kieran Kingston said: “I thought the decision to send Patrick off was absolutely extraordinary.

“Paudie O’Brien himself told Patrick, on the phone, he went down with a blow to the face from the sliotar, not from the impact of the hurley.

“The referee’s report goes in and we can appeal and we will certainly be doing that.”

Previews, reviews and features of all the GAA Championship action on Championship Matters from 20:30 on Thursday 18 July on RTÉ Two and RTÉ.ie (Ireland only). 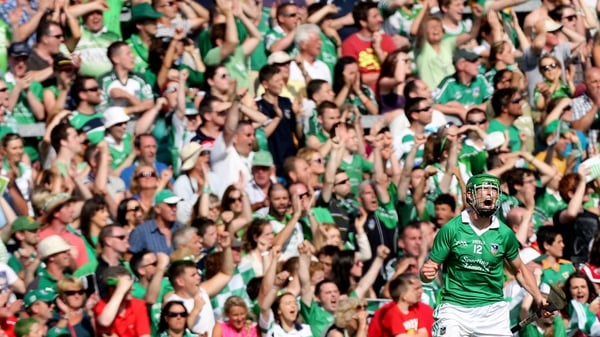