Fourteen-man Clare staged a heroic comeback to end Dublin’s season with a 1-16 to 0-16 All-Ireland SHC Qualifier win at Ennis.

Paul Ryan slotted eight points from placed balls as the Metropolitans moved into a 0-11 to 0-7 interval lead, with John Conlon and Conor McGrath hitting two each for Clare. Nicky O’Connell was sent off after a second booking, but Clare fought back to go in front with a Tony Kelly goal from a 20-metre free.

Conlon led by example, and with Brendan Bugler a rock at the heart of the Banner defence, Davy Fitzgerald’s side held on for a place in Phase 3.

Maurice O’Brien’s power and directness around midfield helped the Metropolitans to settle after a shaky start, and another couple of Ryan frees had them 0-05 to 0-03 ahead by the 17th minute.

Patrick Donnellan and Brendan Bugler had to show all their experience to nip a couple of Dublin attacks in the bud, and the Banner went back level through John Conlon.

But in the final 15 minutes of the half, a Dublin side growing in confidence outscored their hosts by seven points to two.

They were assisted, albeit, by some slack Clare defending, as Danny Sutcliffe and O’Brien slotted over points.

And they could have had a goal when David Treacy darted around his marker to fire in an angled shot which ‘keeper Pa Kelly turned around a post.

Debutant midfielder Seadna Morey gave a glimpse of his potential when he surged through for a stoppage time point, but Clare trailed by 0-11 to 0-07 at the interval.

And Davy Fitzgerald’s side suffered a blow just a minute into the second half when they were reduced to 14 men, Nicky O’Connell picking up a second yellow card for a reckless challenge on Sutcliffe.

Ryan and Treacy stretched the advantage, but with the wind in their backs, the Banner rallied with passion and raw courage.

Conlon fearlessly ran at the opposition and Darach Honan performed heroically as a lone front man.

Inspirational scores from Tony Kelly and Sean Collins gave them the belief that they could defy the odds, and it was McGrath, with a wonderful point from play who brought them level in the 50th minute

Dublin had already lost their way, and appeared to freeze after Kelly blasted a 20 metre free to the net on 54 minutes.

Simon Lambert and Niall Corcoran did pull back points, but they shot a rash of wides in the closing stages when composure was a must.

Bugler was a colossus at the heart of the Banner defence, and Clare completed the great escape with late scores from McGrath and Conlon to complete a hugely significant success. 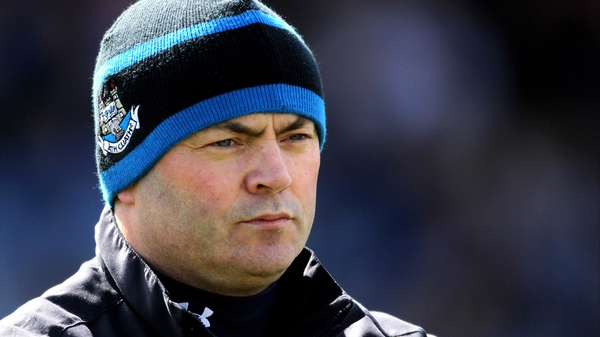