Both Davy Fitzgerald and Anthony Daly will have been driving home the mantra that “defeat is not an option” ahead of this intriguing All-Ireland Senior Hurling Championship qualifier at Cusack Park.

Barring a draw after extra-time, the summer will end for Clare or Dublin on Saturday evening.

For Daly and his Metropolitan charges, the pressure to prevail is, perhaps, even greater after an abysmal showing against Kilkenny.

A paltry tally of 0-09, even against the all-conquering Cats, was a poor return. Only in the opening quarter did the Dubs show any fight but once they conceded two goals thereafter, the game ended as a contest.

With a near full-strength side on show and after positive reports about how well training went, the capitulation surprised many pundits.

Daly, now in his fourth season in charge, must pick his troops off the floor to salvage something from a disappointing year that already has seen relegation from the league’s top flight. Clare will take their place in Division 1A after an unbeaten spring campaign.

Their Munster semi-final against Waterford was a ding-dong affair, with the Déise’s greater experience just getting them over the line.

Yet, the Banner had their chances. Nicky O’Connell’s missed two scoreable frees, while Waterford custodian Stephen O’Keeffe performed heroics to keeps out efforts from Patrick Kelly and Conor McGrath.

There is no doubt that Clare and Davy Fitz are on the right track, and a reasonable goal for the summer would be an All-Ireland quarter-final appearance.

Dublin have already shipped two heavy defeats, yet the expectation is that they will up their game on Saturday evening.

Conal Keaney is a doubt after sustaining a hamstring injury a fortnight ago, while Conor McCormack is troubled by a dead leg.

Daly is confident his side can put it up to his native county.

Speaking in the Irish Independent, he said: “We have to find some level of performance - we just didn't perform against Kilkenny.

"I wouldn't take it off them but some of the hurling we produced was incredibly poor. All of us, as a man, have to take responsibility for that.

“We don't know if we're good enough to beat Clare but we're better than we looked for long periods against Kilkenny. And Clare would appear to have the momentum - they left the Waterford game after them, due maybe to a little bit of inexperience.

"But from what I'm feeling and hearing on the ground, people are happy that the team is moving in the right direction. But we might have a point to prove and which is the stronger of the two forces, we'll know on Saturday."

It is often difficult to pick things up in the middle of a season, and from a Dublin point of view their first touch is not as crisp as it was last season.

Clare will benefit from the intense nature of the Munster semi-final.

And if they can match their opponents in the physical stakes, then they are more than capable of victory on their home patch. 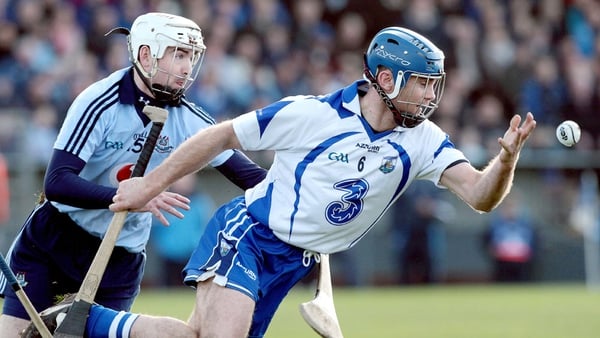