Eoin Kelly and Dan Shanahan played key roles as Waterford won through to the NHL Division One final for the first time since 2004, beating Cork 1-19 to 1-16.

In front of a Thurles crowd of 21,450, Cork made the better start with the returning Jerry O’Connor firing home an early goal and Kieran Murphy registering a mammoth point.

But Shanahan sneaked a 23rd-minute shot over the Cork goal line and four further points gave the Deise a 1-10 to 1-08 interval lead.

O'Connor and Eoin Kelly fired over a flurry of points but the decisive one came late on from Shanahan, wide out on the left sideline.

O'Connor was a surprise starter for the Rebels, having missed the early part of the season due to a groin/hip injury. But the former All-Ireland winning captain knitted in quickly to the Cork side.

0-16 to 0-12 winners over the Rebels in the league's regulation phase, the Deise fought back valiantly from an early six-point deficit.

Kelly, Shanahan and John Mullane carried forward with purpose and the Deise's leading forwards took some neat scores to work their side back into the game.

Having lost four out of their five championship clashes with Cork since 2003 and not landed the league title since 1963, Waterford had plenty to play for and their hunger showed in the end.

A much-disputed Shanahan goal got them back within three points and two scores, late in the half, from Shane Walsh and Ken McGrath sent Justin McCarthy's players in at the break with a 1-10 to 1-08 advantage.

O'Connor quickly cancelled that out with a brace of points and this semi-final ebbed and flowed with plenty of niggle sandwiched in between - Shanahan and Sean Og O hAilpin squared up to each other at the start of the second half.

In the closing ten minutes, Kelly, Waterford's scoring hero with 1-09 against Tipperary last week, shot over his seventh and eighth points of this afternoon's tie, opening up a three-point gap for his side.

Cork, whose last league title was back in 1998, rose to the challenge, whittling their Munster rivals' lead down to the minimum.

However, the clinching scores arrived from the hurls of Seamus Prendergast and Shanahan as the Deise set up a mouth-watering league final against champions Kilkenny on 29 April in Thurles. 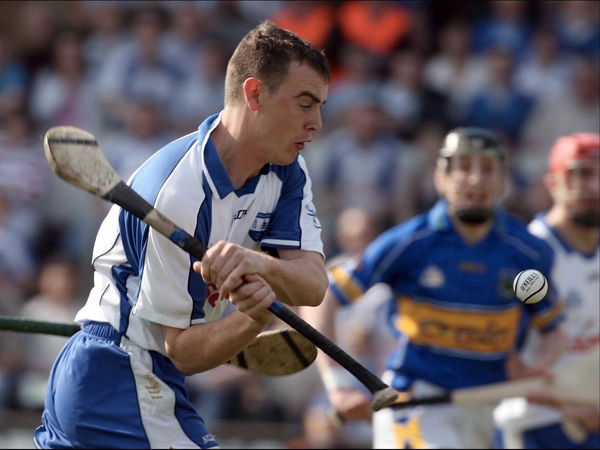