The 1978 All-Ireland final, while not an epic contest in itself, was important as it marked Cork's third title on the trot - the fourth time that the county had achieved such an honour.

They had defeated Wexford on the previous two outings and were gunning to become the first side to claim a hat-trick since they had achieved the feat in the early 1950s.

Cork ran out easy winners on a 1-15 to 2-08 score-line. Rebel captain Charlie McCarthy completed a unique double as he had led his club side, St Finbarr's, to the All-Ireland Club title earlier in the year.

Current Cork manager John Allen also appeared as a substitute in the decider.

Ten of the side started in all three finals and the '78 tie saw 13 of the team that started the previous year take part in the pre-match parade.

The early stages of the final were close with the sides exchanging points.

However, Cork soon got into their groove and McCarthy gave a masterful performance as captain, registering seven points throughout the afternoon.

Dual-star Jimmy Barry Murphy, who would go on to manage the side for their All-Ireland success in 1999, was also causing the Noreside defence no end of difficulty and it was his shot that was deflected past Kilkenny's Dick O'Hara for the Cork goal.

Cork completed the double over The Cats in 1978 when they also captured the minor title in a scoreline similar to that of the senior match – 1-15 to 1-08.

That game was to feature future goalkeeping legend Ger Cunningham.

Though the senior side displayed a good mix of youth and experience on the day, Cork would have to wait six years before they tasted success in the Liam McCarthy Cup competition again. 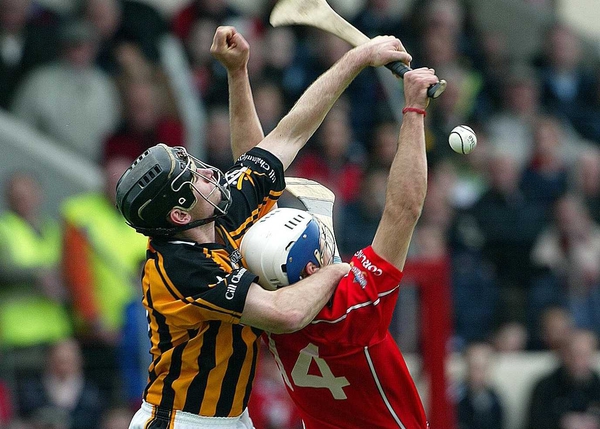