The 1969 All-Ireland final was to mark the beginning of a struggle for supremacy between Cork and Kilkenny that lasted for over a decade. Tipperary and Wexford, after enjoying a successful period over the previous fifteen years or so, would begin a relative downward slump that lasted almost twenty years (though Tipp would win the decider in 1971 their famine lasted until 1989).

The game should have hinged on the performances of Kilkenny greats Eddie Keher and Pat Delaney and current Waterford manager Justin McCarthy, who was representing Cork. However, McCarthy was involved in a motorcycle accident on the eve of the game and was deprived of the chance to write himself into the history books due to a fractured leg.

The Rebel mentors were forced to reshuffle their side and Wille Walsh was moved to centre-back. The Leesiders did not seem to be affected by the switches and got into their stride following an early goal by Charlie McCarthy. They led by six points coming up to half time when Kilkenny raised a green flag themselves.

Matters remained tight at the beginning of the second period as the sides exchanged scores. Delaney then received a blow to the head and had to be withdrawn from the field of play. Kilkenny, rather than allowing their confidence to drop, upped their performance and ran out winners by six points on a 2-15 to 2-09 scoreline.

Keher, captain of Kilkenny, lifted the Liam McCarthy Cup - he would go on to set new scoring records throughout the 1970s, while being named as an All Star five times, and was allocated the corner-forward position on the GAA's Hurling team of the Millennium in 2000.

The game also marked new territory for hurling when Cork's Ray Cummins, also a member of the Hurling team of the Millennium, became the first player to don a protective helmet at Croke Park. 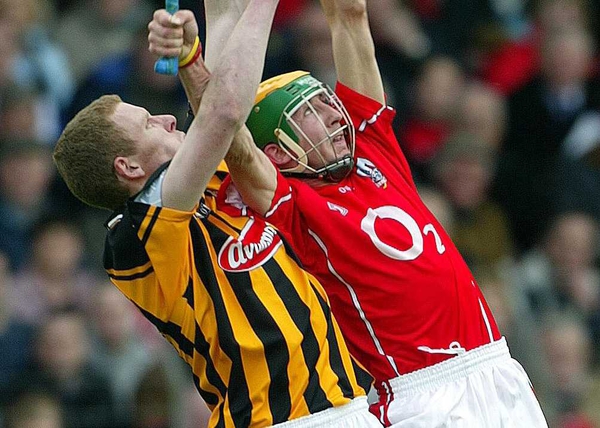