Ireland head coach Sean Dancer says that while progression to the knockout stages of the Hockey World Cup is a disappointment, he believes the new crop of players are moving in the right direction.

Coming into today's pool clash with Germany, Ireland required a three-goal victory to be guaranteed a place in the knock-out stages, while anything other than a win would send them into the 9th to 16th place playoffs.

And while they put in a performance full of endeavour and fight, Germany’s accuracy yielded goals from Nike Lorenz, Charlotte Stapenhorst and Sonja Zimmerman in a 3-0 victory.

Speaking after the match and reflecting on missing out on a play-off spot, Dancer said it was a steep learning curve for this side featuring four uncapped players prior to the event and just five with experience from 2018.

"We knew coming into the tournament, it is a new and young group," he said. "We are certainly going to have some ups and downs and have to progress.

"When we review the tournament, we will have to take a lot of lessons out of the game but last night wasn’t the time to do it.

"We did bounce back and got ourselves into a good space to compete today. Sometimes that is not always the case in a tournament when you haven’t won the game you should have won.

"We knew it was a game we had to win and anything else would push us out. That was the mindset; we were going hell for leather to get something out of it. I was proud of how we played today; we are making some real progress."

The result means Ireland will now play their next fixture on Sunday with the opponent to be confirmed on Saturday in Amsterdam. 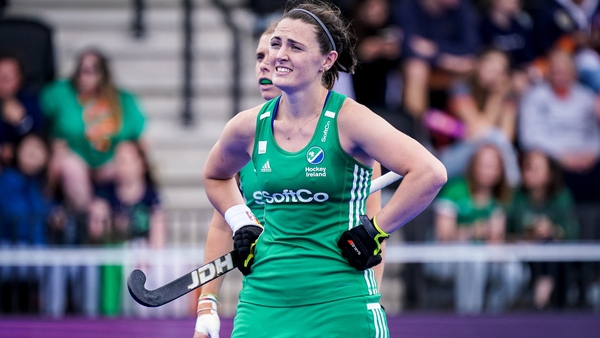