Sarah Hawkshaw has rallied the troops ahead of Ireland's make-or-break World Cup showdown with Germany, insisting they have nothing to lose.

Ireland will have to produce one of their biggest wins yet on Wednesday if they are to continue their World Cup journey following a 1-0 defeat to debutantes Chile at the Wagener Stadium in Amstelveen.

It means only a win will suffice against the world number five side Germany tomorrow (3.30pm Irish time, live on RTÉ Player) and then hope goal difference works in their favour later when Chile meet the Netherlands.

"We do need to let it sink in for a while, take some lessons, look back on the video but two matches in 24 hours is pretty quick," she said.

"There has to come a point where we do park this one mentally and put all our focus on Germany.

"We have to switch our mind to recovery and we have a huge opportunity against the Germans who we always give a good game.

"It is a huge [all-or-nothing] opportunity for us to put something away against them and I really believe we can."

Coach Sean Dancer was left to lament 10 penalty corner chances as the crucial goal would not fall their way.

"Really disappointed," he said afterwards. "We dominated the first half and couldn’t score; Chile had the best of the second half, particularly the third quarter so tough to concede and lose 1-0.

"Chile ran pretty good lines at the penalty corners and took away some of the things we wanted to do. We have to give them credit for closing it down. They did a good job." 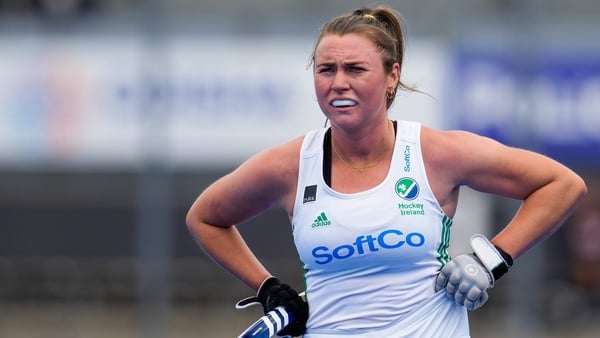