Having secured their Olympic qualifier spot yesterday in a 4-2 over South Korea, the Irish men's hockey team were runners-up today to host nation France.

In hot and humid conditions, it was Ireland's Ben Walker and Sean Murray who had the early opportunities, with the latter hitting the post.

France took the lead in the second quarter when Blaise Rogeau put the ball in the goal after a scramble from a penalty corner.

The Green Machine refused to wilt and were soon right back in the contest. Walker supplied Murray with another opportunity and this time he made no mistake as the opening quarter finished 1-1.

Charlet restored France's lead from a penalty corner, and in the third quarter he managed his second and France's third on the day.

Ireland seemed to gain momentum again in the close quarter.

A penalty corner in the final two minutes presented an opportunity, however Shane O'Donoghue, receiving it from Walker, sent it slightly wide of the posts and France took the victory by two goals.

In the individual tournament awards, O’Donoghue was presented with the award for top goal-scorer of the tournament, shared with France’s Victor Charlet.

The focus now moves towards the European Championships in Belgium in August where Ireland will face a tough Pool challenge against Germany, the Netherlands and Scotland. 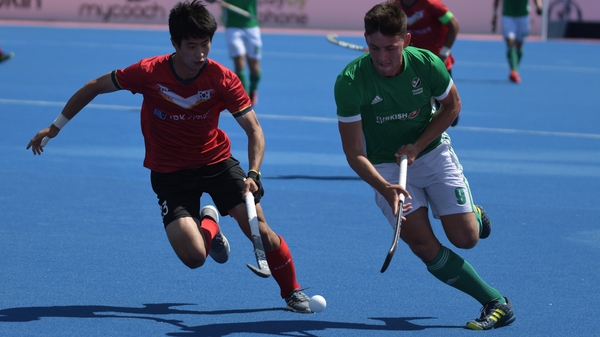