Ireland secured a two-legged play-off for the 2020 Olympic Games in Tokyo after their 4-2 win over South Korea in the semi-final of the Le Touquet competition in France.

The Green Machine hammered Singapore 11-0 on Tuesday to top their group and qualify for the last four and knew a win today would ensure a qualifier spot regardless of the outcome of the result.

Matthew Nelson, Eugene Magee, Ben Walker and Neal Glassey were all on the scoresheet for Alexander Cox's side, who will now face either France or Scotland in tomorrow’s final

The Koreans, who won a shoot-out with Egypt on Thursday in their quarter-final, took the lead in the 25th minute after a cagey opening quarter in hot conditions.

Byungjin Jeon profited from a penalty corner, but the lead lasted just five minutes when Nelson tapped into the goal after good work from Sean Murray.

It was the start of a goal bonanza, with two more following in the next two minutes. Walker teed up Magee to give Ireland the lead, while a minute later Magee was the provider as the men in green doubled their advantage. Shane O'Donohgue appeared to have had the final touch, but the goal was officially credited to Ben Walker.

The Koreans finished the third quarter well and were rewarded when Seungil Lee reduced the deficit a goal.

FT @IreMenHockey 4-2 Korea . Neal Glassey with the final goal of the game on the closing seconds and the job is done. Olympic qualifier secured in the Autumn and into tomorrow's final!#RoadToTokyo #Tokyo2020 #GreenMachine pic.twitter.com/LoS0agHabI

Conor Harte, Stephen Cole and O'Donoghue tried their luck in the final quarter, while Ireland held off late penalty corner pressure to see the game through, with Neal Glassey putting a gloss on the scoreline as the ball was rolled into an empty goal after South Korea committed bodies forward in desperate search of an equaliser.

Head coach Alexander Cox said: "I'm massively proud of the work ethic of the team, especially the way we managed to grind out a win today.

"I also saw some very good hockey in stages, particularly in the third quarter, with three goals in three minutes of play giving us a good lead.

"This is a massive step for us securing the qualifier in the autumn.

"This was our aim coming here and we’ve achieved it against a tough and strong Korea. Now we wait to see who we will face in the final tomorrow evening."

Ireland will play either Scotland or France in the final tomorrow at 5pm Irish time. 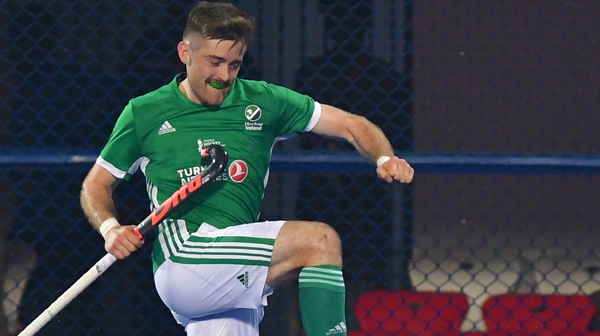