Padraig Harrington says Henrik Stenson's departure from the role of Europe captain, following his decision to join the LIV Golf Series, will not affect preparations for next year's Ryder Cup in Rome.

The Swede has today signed up for the Saudi-backed breakaway tout and, after discussions with Ryder Cup Europe officials, the decision was made to effectively sack him "in light of decisions made in relation to his personal circumstances".

Stenson confirmed on Twitter that he would play in the third LIV Golf tournament of the season from 29-31 July in New Jersey at Trump National Golf Club Bedminster.

"My interest in this concept has been well documented over the past few years," Stenson said.

"And despite some of the unfortunate and ongoing tension between LIV Golf, the DP World Tour & PGA Tours, the opportunity to play in LIV events moving forward is something that I want to experience.

"Like many of my fellow professionals, my hope is that my decision to play in LIV events will not restrict me from playing on any tour.

Stenson said he was stripped of the Ryder Cup captaincy despite making specific arrangements with LIV Golf, who he said had been supportive of his role and willing to ensure that he could fulfil his obligations.
"While I disagree with this decision... it's a decision I accept," Stenson added.

"I have huge respect and admiration for the Ryder Cup and those individuals behind it who I know are doing their utmost to act in the best interests of the historic event."

Harrington was in charge of Europe's team for the defeat at Whistling Straits last September and was one of five people on the selection committee which appointed Stenson.

"We knew it was coming, in some ways, and we've been planning for it for the last 10 days," Harrington, who will be part of the reconvened committee to choose a replacement, told Sky Sports.

"It gives us plenty of time in terms of 15 months to get our ducks in a line.

"We are already talking about when we are meeting to elect the next captain. It is really not going to interfere with the Ryder Cup in any shape or form.

"I do wish he had waited 15 months. Everyone has to make the right decision financially for themselves.

"It wouldn't have been any harm as he had signed commitment (with Ryder Cup Europe) to wait those 15 months, the same deal would have been on the table in 15 months' time.

"It is a pity for him to go but 15 months is loads of time to get someone in place and get a feel for what they are doing."

The 2014 captain Paul McGinley also shared his view on the development, with the Dubliner telling The Scotsman newspaper: "I'm sure this was not an easy decision for him but ultimately he has made that decision.

"It's something that disappoints me but I can understand. I'm not going to come down on any of the guys who have gone to LIV, they've been offered huge amounts of money.

"For Henrik, it's life-changing at this stage of his career. It's unlikely he is ever going to earn that kind of money going forward so I can understand.

"I'm sure he's not going to come out of this looking good, but that is for others to judge, not me. But this is incredibly disappointing for the Ryder Cup."

The Scot added on Sky Sports: "It is the greatest honour which can be bestowed on any European Tour player, captain of the Ryder Cup team.

"It is a shame it has even come to this position." 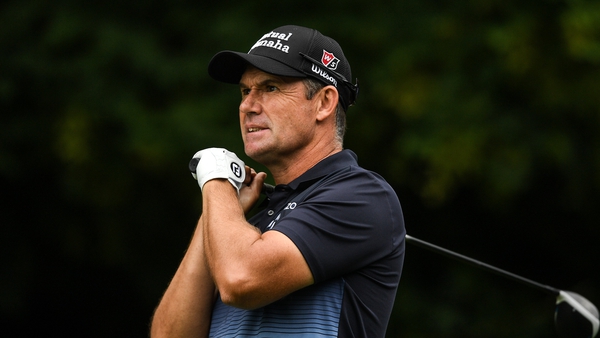 Padraig Harrington opposed to any major ban on LIV rebels