Padraig Harrington believes most of the players on the established tours regard the penalties imposed on the renegades who defected to the LIV Golf Series as "too light", but the Dubliner is against any future majors ban on those who have joined the Saudi-backed venture.

Sixteen players have threatened the DP World Tour with legal action unless their sanctions for competing in the first LIV Golf event are rescinded.

DP World Tour members, including Ian Poulter and Lee Westwood, were each fined £100,000 and banned from next week's Genesis Scottish Open and two other events co-sanctioned with the PGA Tour after playing at Centurion Club earlier this month, despite being refused permission.

DP World Tour chief executive Keith Pelley responded by deeming the sanctions "proportionate, fair and, I believe, considered necessary by the majority of our members".

Speaking to RTÉ Sport after completing his second round at the Irish Open, Harrington backed up Pelley, and indeed felt that the players could have faced even more punishment.

"Most of the players on this side would think that the sanctions are too light, way too light so the players would be wanting more," he said.

"They're friends, we're all friends. We know each other. You have gone and done your thing, we're going to do our thing. I definitely don’t begrudge anyone who has gone.

"That’s their tour and this is the DP World Tour, the PGA Tour is over there, there has to be some boundaries."

Harrington said that while he had no issue with players accepting offers from LIV Golf, he did say that they had to expect some response from the tours they were departing.

"I actually don't have any problem with the guys who have gone to LIV Golf, that have gone to go and do their thing.

"I really don’t, everybody has to make their own choices. You make your choice; you make your bed and you sleep in it. That’s it.

"The guys who didn’t go, especially guys who could have gone who possibly would have had offers on the table, they’ve taken a big decision not to take the money so it was very, very clear that there would be severe sanctions for anyone who went."

However, Harrington did say that banning LIV golfers from majors would be a step too far.

"I honestly don’t judge the guys who went for the money, it’s a pretty good offer. If someone turns around and offers you that sort of money.

"Bear in mind at times people are looking at the moral side, everybody has different morals depending on what country you come from, depending what religion you are, there's just so many things going on.

"If they’ve gone and they’re happy to have gone, fair play to them

"There’s great money there, there’s certainly room for it in golf. The rest of golf has started to improve based on that tournament.

"I’m particularly happy that the European Tour and the PGA Tour have come out and started focusing on themselves to get better.

"Instead of trying to pull down the other tour, let them at it. I wouldn’t sanction them, I’d let them play in the majors, if it was me. I don’t have a problem with that.

"The players who have gone, that was their choice and they knew what was coming." 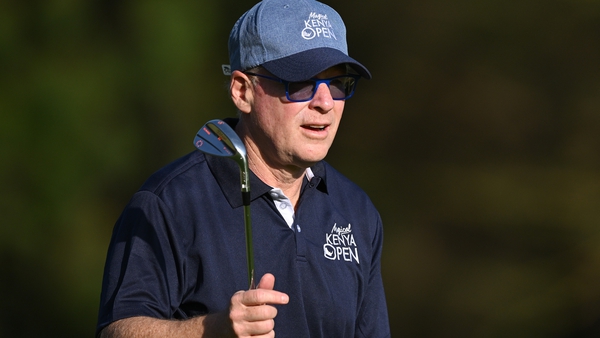