Tiger Woods has declared his intentions to tee it up at the Masters on Thursday, saying that "as of right now, I feel like I am going to play".

The former world number one has been out of PGA Tour action since a horrific car crash in February 2021 and has not played on tour since the 2020 Masters.

His only event since the accident came last December when he finished runner-up alongside his son in a 36-hole exhibition played on a flat course with no rough.

Speaking to reporters at the Augusta National course, Woods said: "As of right now, I feel like I am going to play."

When asked if he felt that he could win his sixth Masters title this week, the 15-time major winner kept it short and sweet, replying, "I do".

Asked what his overriding emotion was on being able to compete at Augusta, Woods said: "Thankful. Very, very thankful for everyone's support, everyone who has been involved in my process and the work I have put in each and every day.

"The amount of texts and FaceTimes and calls I have gotten has meant a lot."

Woods said he had been driven by his desire to compete and win again, adding: "I feel like if I can still compete at the highest level I am going to, but if I feel like I can’t, you won’t see me out here.

"I don’t show up to an event unless I think I can win it."

Woods recovered from spinal fusion surgery in 2017 to win his fifth Masters title two years later, finished 38th in the defence of his crown in November 2020 and missed last year’s tournament following his car crash.

He added: "The fact that I was able to get myself here at this point was a success and now that I am playing, everything is focused on getting in that position on the back nine on Sunday with a chance like I did a few years ago.

"I feel like I can still do it. I still have the hands to do it, the body is moving good enough. I have been in worse situations and won tournaments."

Woods will be partnered by Louis Oosthuizen and Joaquin Niemann in the first two rounds.

Rory McIlroy faces a lengthy wait until he gets his eighth bid to complete the career grand slam under way, the four-time major winner teeing off in the final group on Thursday at 1403 local time (1903) alongside Matt Fitzpatrick and Brooks Koepka.

Tom Watson will join Gary Player and Jack Nicklaus as an honorary starter for the first time, with the star-studded trio hitting tee shots on the opening hole at 0740 local time on Thursday. 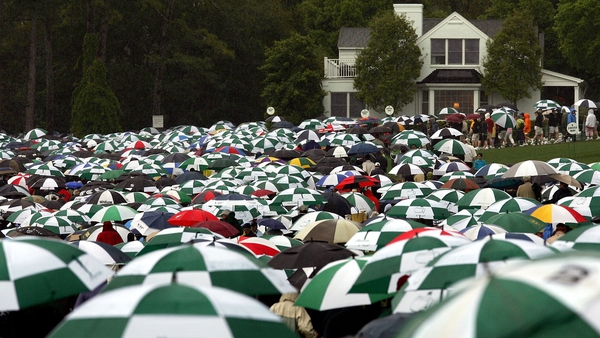