Rory McIlroy's quest to complete a career Grand Slam continues for an eighth consecutive year at the Masters this week and the Northern Irishman said on Tuesday that he actually feels less pressure now than in previous attempts.

The pressure of a Grand Slam pursuit has been following McIlroy around since he won the 2014 Open, a victory that gave him three of the four Major championships.

"I'm maybe at a different stage of my life where back then golf was everything," McIlroy said.

"Obviously, it's still very, very important, but maybe back then I would think that... I don't know if I would feel like I was fulfilled if I didn't win one or whatever it is, but it's less pressure."

Should McIlroy slip into a Green Jacket this year, he would become only the sixth man to win all four of golf's blue riband events, joining Tiger Woods, Jack Nicklaus, Gary Player, Ben Hogan and Gene Sarazen.

The 32-year-old did say his preparation this week has been made somewhat easier, including on Monday when patrons on site all but left him alone on the course as soon as Tiger Woods got ready to begin his practice round.

"You always learn more from disappointments or from times where you don't play so well."

"It was a mass exodus from the ninth green to the fist tee, and then the back nine was lovely and quiet," said McIlroy.

"That's a nice way to get through the first week and sort of go about your preparation, I guess, unhindered."

McIlroy has a game tailor-made for Augusta National given his long drives and right-to-left tee shots that allow him to take advantage of the par-fives and he has been in contention many times but seems to be hampered by one poor round each week.

In 2011, McIlroy began the final round with a four-shot lead but endured a harrowing back-nine collapse, starting with a triple-bogey at the 10th before closing with an eight-over 80 to finish in a tie for 15th.

McIlroy picked up his first win of the season last October but has struggled to maintain that form and is coming off a missed cut last week in Texas, a setback he said actually proved beneficial.

"You always learn more from disappointments or from times where you don't play so well," said McIlroy.

"Look, if there's a cut to miss, it wasn't a bad one to miss. I got home, did two really good days of practice on Saturday and Sunday, and actually felt a lot better about where things were heading up here Sunday evening." 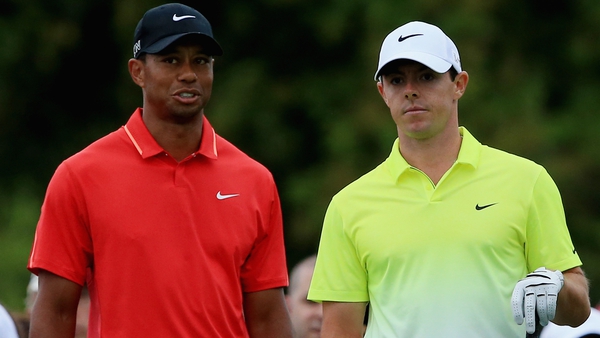