Former Open champion Shane Lowry is happy to honour his contract to compete in the Saudi International, despite the ongoing controversy surrounding the event.

The inaugural tournament in 2019 attracted a star-studded field, despite the killing of journalist Jamal Khashoggi the previous year in the Saudi Arabian consulate in Turkey focusing further attention on the country's human rights record.

After three years as part of the European Tour, the tournament is now the flagship event on the Asian Tour, which is also launching 10 new events spearheaded by Greg Norman and is backed by 200 million US dollars from the Saudi government's Private Investment Fund.

That meant players needed to seek releases from the PGA Tour and DP World Tour (formerly the European Tour) to compete in this year's event from February 3-6, the same week as the AT&T Pebble Beach Pro-Am in California and the Ras al Khaimah Championship in the UAE.

The PGA Tour said in July that it would not grant players releases to play in "unsanctioned events", but announced in December that they had been given on condition of varying commitments to play the Pebble Beach event in future years.

"I left all that to my agent, but I'm pretty sure I had to get a release from both tours to go play," Lowry said in a conference call to promote the Saudi International.

"I didn't think it was a big issue for me, to be honest, because I've played here the last two years and I've played on the Asian Tour in the past. I would have been very disappointed if I didn't get the release. I wasn't surprised that we all did. I think it was something that they had to do.

"For years top world-class players have been going around playing on the Asian Tour and doing stuff like that, so I don't think this is any different."

World No 9 Rory McIlroy has said he is not interested in playing in Saudi but supports the rights of his colleagues to decide themselves which events to play.

"Look, obviously there's no hiding from the people writing about this tournament or what they're saying about us going to play, but at the end of the day for me I'm not a politician, I'm a professional golfer."

Appearance fees for players to compete in Saudi Arabia are understood to be as high as seven figures for the game's biggest names, with Lowry among those signing multi-year contracts.

"I signed a deal after (winning) The Open in 2019, a three-year deal with the guys to go play," Lowry said.

"Obviously there's a few different reasons why, but when it was part of the European Tour it just made sense to play those three events over there (in Abu Dhabi, Dubai and Saudi Arabia) and then come back to America.

"Obviously it's not a European Tour event now, it's an Asian Tour event, but I've got a contract to play and I don't see any reason why I wouldn't have been given my release or wouldn't be allowed to go and play.

"I'm happy that I'm able to go and play. I've had very pleasant experiences over there and I'm looking forward to going back."

Asked about the continuing attempts of Saudi Arabia to use such events as the Saudi International to "sportswash", Lowry added: "Look, obviously there's no hiding from the people writing about this tournament or what they're saying about us going to play, but at the end of the day for me I'm not a politician, I'm a professional golfer.

"I earn a living for myself and my family and try and take care of those, and this is just a part of that.

"But I'm happy to go there. I'm happy to earn my living going there and going and playing good golf and hopefully win a tournament."

Defending champion Dustin Johnson, Tommy Fleetwood, Lee Westwood, Sergio Garcia and Bryson DeChambeau are among the players set to compete at Royal Greens Golf and Country Club in Jeddah next month. Lowry finished in a tie for 29th last year.

The 2020 event was won by Ireland's Graeme McDowell by two strokes from Dustin Johnson, with Lowry finishing in a tie for 13th. 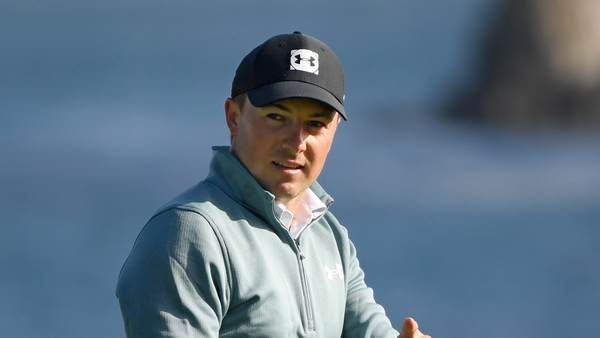 Spieth: Saudi investment a threat to the PGA Tour