Graeme McDowell succeeding in proving to his children he is not just a "YouTube golfer", but their Easter holiday plans may have to change following his battling victory in the Saudi International.

McDowell began the final round with a one-shot lead and a closing level-par 70 in tough scoring conditions at Royal Greens Golf and Country Club was enough to seal a first European Tour title since 2014 on 12 under par.

The win is set to lift McDowell from 104th in the world rankings to back inside the top 50, less than a year after the 2010 US Open champion found himself a lowly 257th.

Defending champion Dustin Johnson made his second eagle of the day on the 18th to finish two shots behind McDowell on 10 under, with Phil Mickelson, Thomas Pieters and Gavin Green a stroke further back.

McDowell became the first European winner of the US Open in 40 years when he won at Pebble Beach in 2010, the same year he secured the winning point in the Ryder Cup at Celtic Manor.

The 40-year-old also won three points from three matches in the victory at Gleneagles in 2014, but missed out in 2016 and was a vice-captain in 2018, a role he would be expected to repeat under Padraig Harrington in September.

A trip to Whistling Straits as a player is now back on the agenda however, along with a first Masters appearance since 2016 if McDowell remains in the top 50 at the end of March. 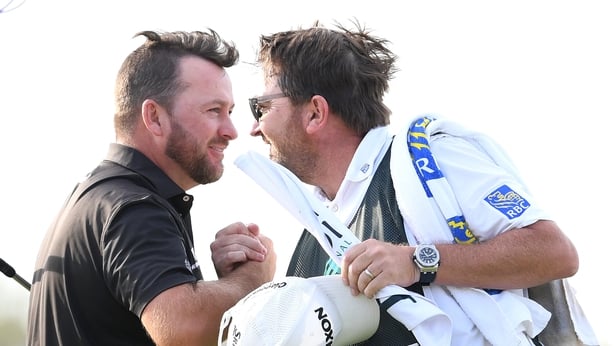 "I'd love to be on the team, but there's a lot of things that need to happen between now and then before I can get myself on the team," McDowell said.

"My schedule is going to change a little bit, maybe in Mexico (for the WGC event), maybe in the Masters. We were trying to plan an Easter holiday with the kids the week of the Masters but that may have to go on hold now."

McDowell, who crucially bounced back from a three-putt bogey on the 13th to birdie the next two holes, added: "It's tough to win on a course that doesn't fit your eye but this is a sweet one.

"If my kids are watching at home I love you guys, and my wife obviously. I can't wait to get home and see them.

"A big goal this year was to be back in the top 50, it's come a little faster than I expected. I've been working hard the last year and a half to try and get myself back up there one more time just to be out there playing against these guys.

"The game of golf is in such great shape, so many great players, it's so exciting to be a top player in the world and I want to be back up there again.

"I've got young kids at home and I want to show them that dad's tough and dad can do it. I don't want to have to pull up the YouTube videos."

Mickelson's tie for third was his first top-20 finish since last year's Masters, but Brooks Koepka is set to lose his world number one ranking to either Jon Rahm or Rory McIlroy in the next two weeks after a tie for 17th.

McDowell's 2014 Ryder Cup partner Victor Dubuisson began the final round a shot off the lead and was level with his team-mate at the turn, but missed a putt from inside two feet on the 11th as he dropped five shots in the space of four holes.