Seamus Power's fine form continued at the RSM Classic in Georgia as a second-round 69 left him inside the top 10 at the halfway stage.

The Waterford golfer opened with a stunning 63 at the seaside course and although he wasn’t able to match Thursday’s showing, he did move to 10-under-par, three strokes behind leader Talor Gooch of America.

Gooch hit the joint lowest round of the day with 65, matched by Taylor Moore, as scoring became more difficult on day two across the two-course event – the seaside and plantation courses.

Power, playing on the plantation course on Friday, opened with a birdie in breezy conditions and followed it up with 11 straight pars. Birdies at 13 and 18 would leave him within striking distance of the leader.

Power has secured top-20 finishes in three of his last four events and looks in good shape to add to that run.

Graeme McDowell’s tournament is over though after a disappointing 76 on the plantation course.

It was a miserable day for the Portrush golfer with the lowlight coming with a triple bogey on the fourth hole. A double bogey followed on the seventh with the 18th providing the only birdie of the day. 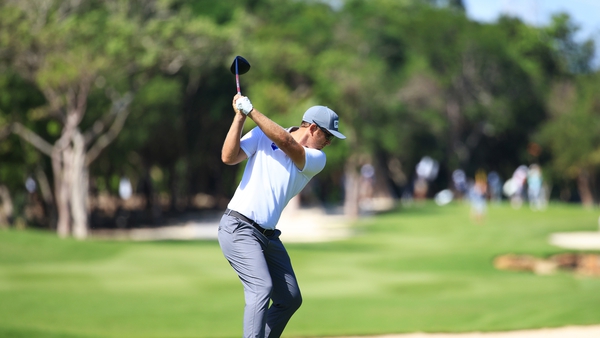