Waterford's Seamus Power is eight shots off leader Viktor Hovland heading into the final round of the World Wide Technology Championship at Mayakoba.

Power carded a second consecutive round of 67 to move to 11-under par in Mexico, good enough to be sitting in a tie for 10th.

Power produced a brilliant front nine and he was out in 32 to shoot up the leaderboard.

Between the fifth and ninth holes, Power racked up four birdies with a par on the sixth splitting the run.

His tee shot at the 12th found the rough and although he recovered to find the green, he three-putted to drop his first shot of the day. He got that shot back at the next hole though to leave a top-10 finish within his grasp.

Defending champion Viktor Hovland will take a two-stroke lead into the final round after a sparkling 62.

The Norwegian, part of Europe's Ryder Cup team at Whistling Straits in September, struck four birdies on the front nine and five more after the turn in a brilliant bogey-free round – the highlight a pitch to within inches at the 17th for a tap-in.

Hovland won the tournament by one shot from American Aaron Wise last year with four sub-70 rounds and has another three this year to reach 19 under par despite playing with a borrowed driver, after his was broken in pre-tournament practice by fellow player Danny Lee.

Talor Gooch is the nearest challenger to Hovland on 17 under, with American Ryder Cup star and 2017 US PGA champion Justin Thomas a shot further back.

Sergio Garcia is at 13 under, a shot better than Wise, after a 67 while Ireland's Seamus Power is 11 under – alongside James Hahn, who provided Hovland’s borrowed driver. Lee is eight under. 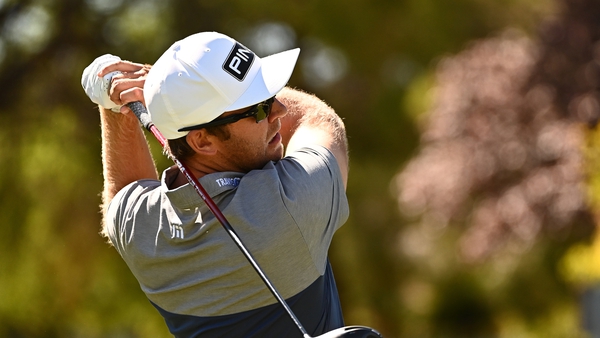 Seamus Power carries Irish hopes into the weekend in Mexico