Padraig Harrington is in a tie for 19th after three rounds of the Portugal Masters in Volamoura.

The Ryder Cup captain hit three birdies on the back nine to card a 68 that brings him to six under par for the tournament, 10 strokes behind leaders Thomas Pieters and Matthieu Pavon.

Jonathan Caldwell is two shots further back on four under par.

Pieters came home in 30 on day three to put himself in pole position to claim a fifth European Tour victory.

The 2016 Ryder Cup star has endured a frustrating 2021, with a best finish of ninth despite making 12 cuts from his 15 events so far as he looks to claim a first win since 2019.

But a 65 on day three in the Algarve moved him to 16 under and handed him a share of the lead alongside Frenchman Pavon, who also carded a 65.

Pavon made four birdies on the front nine to lead by three, while Pieters recorded three of his own along with a bogey and a double before the turn.

A gain on the 10th seemed to spur the Belgian into life and he eagled the par-five 12th after hitting the green in two, before back-to-back birdies on the 14th and 15th had him in the lead.

Pavon dropped a shot on the 11th but birdied the 12th, 15th and 16th as the pair went head-to-head and led by two thanks to a Pieters bogey on the 16th.

But Pieters finished birdie-birdie to get back on top, with Pavon dropping a shot on the 17th but picking it back up on the last.

Pavon is looking for his maiden European Tour victory as he leads after 54 holes for the first time, and is hopeful he can maintain his focus under pressure.

"I try to hit as many greens as possible and this is the way I was," he said. "Focused on every shot, try to hit every shot like it was the most important in my life.

"The focus was really good and narrow today compared to yesterday so I will try to bring this mentality with me tomorrow."

Dane Lucas Bjerregaard was third at 12 under, two shots clear of England's Sam Horsfield, with two more Englishmen in Richard Bland and Callum Shinkwin at nine under. 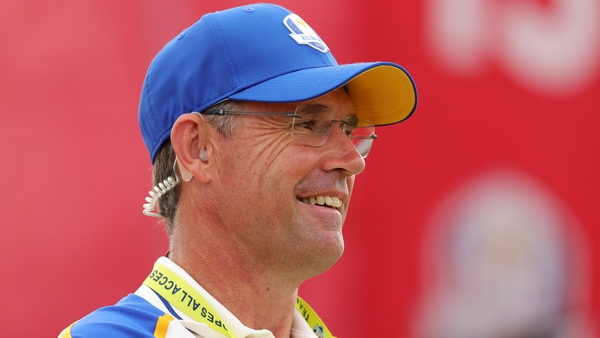