Padraig Harrington will make his debut on the Champions Tour this weekend and is hoping that playing on the senior tour will help him to rediscover his best form.

With a $2,000,000 prize fund, the event is very much one that Harrington hopes to make his mark in, and he believes that he can thrive in an environment that is less pressurised than the PGA Tour.

Speaking on the No Laying Up podcast, he said: "I come to the Champions Tour to find my comfort.

"I'm definitely stressed out on the PGA Tour and I feel like I need a perfect week every week to compete and win. When you think you need perfection it never turns up.

"Hopefully out here on this tour I’ll find my niche and get comfortable and who knows, it could bring some confidence back to my game and my putting that I might be able to bring back to those Major tournaments and regular tournaments.

"Physically I’m okay, I still have the distance and the strike to keep up there with the young guys, I just don’t putt as well, I don’t do the other things as well.

"Maybe coming out here I might relax a little bit and hole a few more putts. I could find my confidence but I’m wary of the fact that very few players who come here can go back. It’s a difficult thing to do both.

"Obviously with easier golf courses, it’s harder to go back to tougher and tighter courses. The standard on the PGA Tour is very narrow."

Harrington has also had time to reflect of Europe’s disappointing performance in the Ryder Cup but insists that he wouldn’t change anything if he had the chance to captain the team again.

"We all believed going out there on Friday morning we could win it, which is where you want to be, and we even believed on Sunday that we could turn it over and win it still. So you can’t ask for more than that." 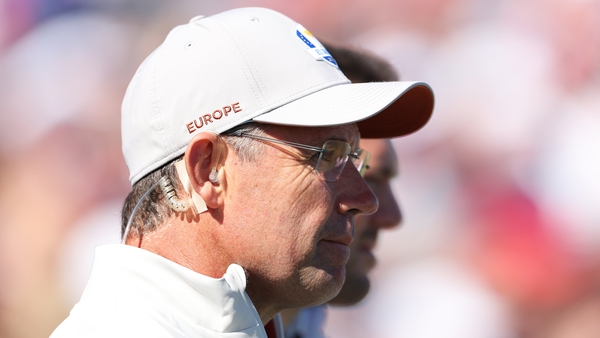 No regrets over decisions for Padraig Harrington despite loss