Padraig Harrington admitted the better team won as the United States beat his Europe side at the Ryder Cup but emphasised that he would not have altered any of his decisions.

The Europeans would have needed a record final-day comeback in order to retain the title but were unable to mount a meaningful challenge as Steve Stricker's US team won by a resounding 19-9 margin.

Europe captain Harrington accepted they were beaten by the superior team over the three days at Whistling Straits but insisted he did not regret any of his decisions.

"It is a tough loss for us but they just played better than us," the Dubliner told Sky Sports.

"They (his team) did everything I could ask of them, it was just a tough week on the golf course.

"Obviously better things happening on the course might have changed things but it was always going to be a tall order as this is a strong US team and they got a good start too. A lot of things went against us.

"The one thing I can walk away with is I am very comfortable with all the decisions all along.

The three-time major winner also refused to use the lack of European support in the partisan American galleries as an excuse for the performance.

"Definitely the US had momentum all the time, they seemed to be holing putts and keeping on going and maybe the crowd was part of that," he added.

"When we holed a putt there was silence and that doesn't feed into the rest of the team.

"It's possible. Who knows? But the reality is the US played better than us."

Asked about the key to success for the United States, Harrington's American counterpart Steve Stricker said: "Everything about it. These guys all came together.

"They had a mission this week and you could tell, they played great and they came together.

"I mean, Brooks (Koepka) and Bryson (DeChambeau, who have had a long-running feud) wanted to play together; that's how much it came together. That shows a lot about this whole team." 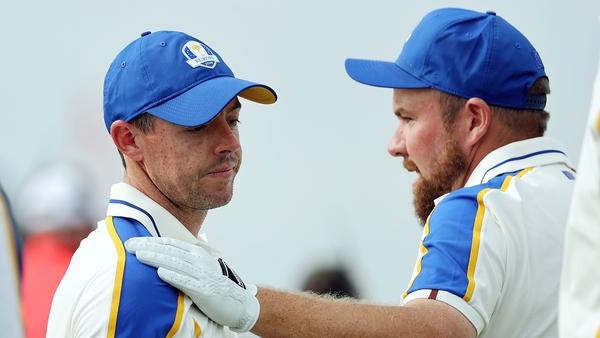