Leona Maguire has described her historic inclusion in Europe's Solheim Cup team as a "big deal for Irish women's golf".

The Co Cavan native's burgeoning reputation saw another string added to her bow as she became the first ever Irish golfer picked for the prestigious team tournament, which will take place against the United States in Ohio on 4-6 September.

With the event closing in quickly, the 26-year-old had actually had more than an inkling of her wildcard status a week before captain Catriona Matthew officially named her final selection.

"I got the news early last week but obviously had to keep tight-lipped about it," she told RTÉ's Morning Ireland.

"Last week being the British Open, there were still a lot of bits and pieces in terms of what the team was going to be like.

"I'm delighted with the news. It's a huge honour and it's a big deal for Irish women's golf and women's sport here in Ireland in general."

On the longer-term benefits for the sport in Ireland, she added: "I'm sure that there will be young girls that will be watching next week and dreaming of someday making that team. 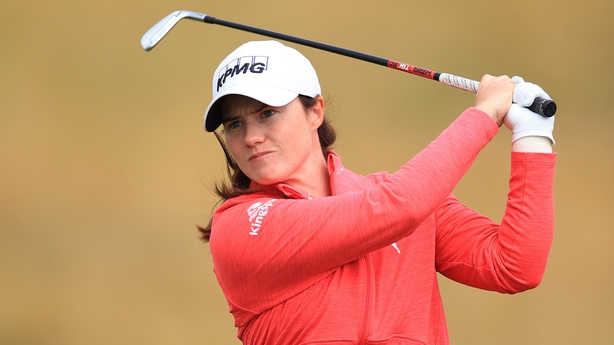 "Hopefully, we'll have lots more Irish representatives on the team in the future like we have on the men's side in the Ryder Cup."

The selection is even more remarkable given that this is the two-time Olympian's first full season on the professional LPGA Tour.

Her personal high points have included a tie for sixth at the Evian Championship major in July and a host of top-10 finishes. Maguire finished in a tie for 13th at the Open.

"It's my rookie season. (The Solheim Cup) was a goal at the start of the year but it was a little bit off the radar and I just knew I had to keep playing well and tried not to focus on it too much and let my results take care of itself," she said, adding that Europe will go in "as the underdogs on paper".

"You just never know what the captain's looking for. The European team's been doing really well all year as well so there are a lot of great players that just missed out as well.

"You just never know until that final team's announced yesterday morning. But delighted to be a part of it."