Ahead of this week's Dubai Duty Free Irish Open, Graeme McDowell believes he can dig himself out of another career hole, despite admitting anything else he achieves will be "gravy".

McDowell tees off his opening round at Mount Juliet on Thursday afternoon as he looks to recapture his best form.

He became the first European winner of the US Open in 40 years with victory at Pebble Beach in 2010, the same year he secured the winning point in the Ryder Cup at Celtic Manor.

Further victories followed on both the PGA Tour and European Tour before the Northern Irishman endured a winless streak and slipped to 259th in the world before winning in the Dominican Republic at the end of March 2019.

Victory in the Saudi International in February last year had McDowell dreaming of a first Ryder Cup appearance as a player since 2014, only for the season to be disrupted by the coronavirus pandemic, with his caddie Ken Comboy testing positive for the virus.

"Two months later I'm missing cuts left, right and centre and then you start scrambling," the world number 167, who will be one of Padraig Harrington's Ryder Cup vice-captains, said.

"You start searching, looking, trying and grinding. I started working with a new coach in December. That went sideways very fast.

"The last couple months has been about trying to reset, reflect on where I'm at, the mistakes I've been making the last 12 months and realising that 25, 30 years into a golf career I'm not really going to be changing my pattern much at this point and I need to do the things that I do. 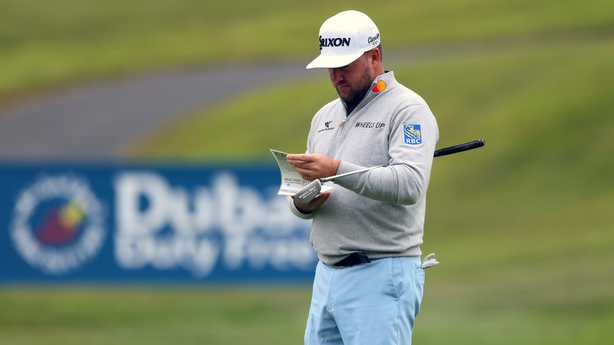 "My basics need to be done better. Just do the small things better. That's been starting to turn the corner the last five, six weeks.

"But then it's the mental side of the game that's just not there. My confidence is low. My expectation levels are high, so really trying to adjust that.

"At this point I really should be out here playing golf tournaments, enjoying myself. Everything else is gravy from here. If I wasn't to hit another shot it's been a great run. It's been a great career.

"But I'm not ready to walk away. I've got things that I want to achieve and it's about refocusing on what does success look like for me now.

"It's different from what it looked like 10 years ago and just about making sure that I do a better job of - it's the old cliche - getting out of my own way."

McDowell admits he would like to swap the PGA Tour for his old stomping ground in Europe in order to build some confidence, but that is not possible with a young family to think of in Florida.

But the 41-year-old has been here before and can take inspiration from the likes of Phil Mickelson winning the US PGA Championship at the age of 50 and Jordan Spieth getting back in the winner's circle after a long absence.

"I feel one of the mistakes I made the last 12 months is searching too deeply and trying to do things differently rather than focusing on the things that made me great to this point and trying to get better at those again," McDowell added.

"But it is inspiring to see that guys can dig themselves out of holes. I've dug myself out of a hole a couple of times the last four or five years. There's no reason why I can't do it again."