Padraig Harrington quickly dismissed any suggestion of becoming a playing captain in the Ryder Cup after his superb performance in the US PGA Championship.

But his playing partner during the final round at Kiawah Island, Open champion Shane Lowry, certainly boosted his prospects of being part of the European side which will defend the trophy at Whistling Straits in September.

Matching rounds of 69 lifted Harrington and Lowry into a tie for fourth behind Phil Mickelson, who jumped from 52nd to 16th in the US Ryder Cup rankings after remarkably claiming a sixth major title just weeks from his 51st birthday.

Harrington acknowledged that he is far more competitive on a windy golf course and that Whistling Straits and Kiawah Island demand a "very similar" style of play, but has no intention of putting that to the test.

"I'm well past that time," the 49-year-old said. "I'm too long in the tooth now at this stage, sweating through five rounds of golf and all that goes with it.

"I'm very much dedicated to being the captain. I'm letting other people have their time. I had mine. And you can't do both. Nobody's ever going to be a Ryder Cup captain and a player at the same time.

"It's a full-time job being the Ryder Cup captain. There's no doubt about it.

"Even in my situation trying to play some golf, I have to manage it very well because it has become a full-time job and when you get to the tournaments, even more so. There's a lot going on." 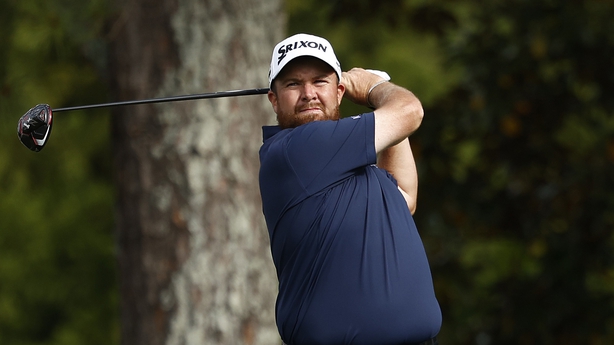 Lowry is now just outside the automatic qualifying places and made the most of his chance to impress Harrington, although the pair are already good friends and frequent practice-round partners.

"Shane as we know is a big-time player and likes playing big golf courses on the big occasion," Harrington added. "There's a quality about him; he wouldn't stand on a tee box and fear anybody.

"There's nine guys there at the moment, but if you want to get a pick, you're going to have to impress because there's plenty of guys. I seem to have an abundance of players in that running for those three picks.

"You've got to think six, seven players who could be in the running, and you've just got to impress. Shane did a good job today (Sunday). He certainly did himself no harm and we'll see how the next couple of months go."