Padraig Harrington says the presence of Shane Lowry as his final round playing partner was instrumental in finishing near the business end of the leaderboard at the US PGA Championship.

The three-time major finished on two-under par at Kiawah Island, four shots adrift of winner Phil Mickelson, and said it was his most enjoyable round of golf in a long time.

Playing partner Lowry also carded a round of 69 to join Harrington in a tie for fourth along with Paul Casey and American Harry Higgs.

It's in Harrington's nature to question where he could have improved his score, but first and foremost, the 49-year-old was pleased with how he attacked the course this week.

"I'm very happy that I felt like I competed on a level with everybody else this week," he said. "Physically, tee-to-green, I played very well during the week.

"I will say, that was probably my most enjoyable round of golf I've had on the golf course in a long time. It's amazing when you play with a friend, it definitely helped both of us relax and just play golf and both of us played really well. We both could have been quite a few shots better."

Harrington has risen up the rankings in recent months and says it was satisfying to field questions on his performances on the course, rather than off it in his capacity as Ryder Cup captain.

"I will sit down afterwards and go, you know, there's no doubt I left three or four shots out there. I was a little bit jittery on the greens and just didn't run my putts at the hole like I would like to, but yeah, it was nice and it was nice to just do an interview there where it's been a long time since I've been interviewed and been asked about my golf rather than the Ryder Cup." 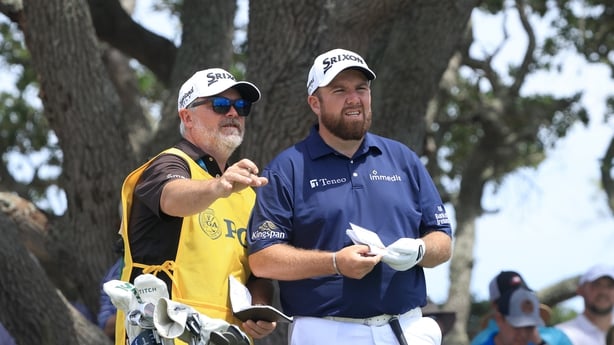 2019 Open winner Lowry had a mixed bag on the front nine, but found his rhythm and at one point thought Harrington was going to seriously contend after a birdie at 14 put him with three of the lead.

"When Paddy chipped in on 14, I was like, ooh, Paddy has got a chance here. I was kind of trying to cheer him on and play my own game, but honestly playing with Paddy today was one of the best rounds of golf I've ever had," he said.

"It was so much fun. The two of us had that coming off, we're obviously grinding it out to beat each other and trying to do well in the tournament.

"It was one of the best days I've had on the golf course. I played lovely golf again and very happy going into my week off now." 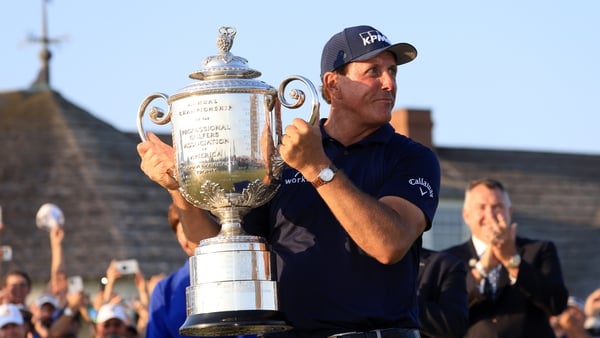