A closing eagle helped Shane Lowry to a second round 66 at the Honda Classic, where he is five shots off leader Aaron Wise at Palm Beach Gardens.

The Offaly man began his round strongly with two birdies on the front nine, and picked up further shots at 10 and 12.

A 14-foot putt for birdie on the 16th was made possible after a superb approach shot, and while a bogey on 17 halted his momentum, the 33-year-old saved the best until last at the 531-yard 18th.

Lowry boomed a 323-yard drive down the fairway, with an approach shot placing him within 14 yards of the hole. The 2019 Open champion sank the putt for an eagle and a round of 66.

Graeme McDowell and Padraig Harrington both missed the cut.

McDowell bounced back from his horror-show opening 79 to post a one-under 69 and finish on eight over.

Harrington slipped from his first-day 72 to a 78 thanks to dropping two shots in the water for a quadruple bogey on the par-three 15th.

The man to catch however is American Wise, who shot a second consecutive six-under-par 64 to take a three-shot lead.

Wise was at 12-under for the tournament to lead both Brandon Hagy and Australia's Matt Jones, who were at nine-under on the PGA National course. Hagy's eight-under 62 was the best round of the day Friday, while Jones followed his nine-under 61 on Friday with an even-par 70 in the second round. 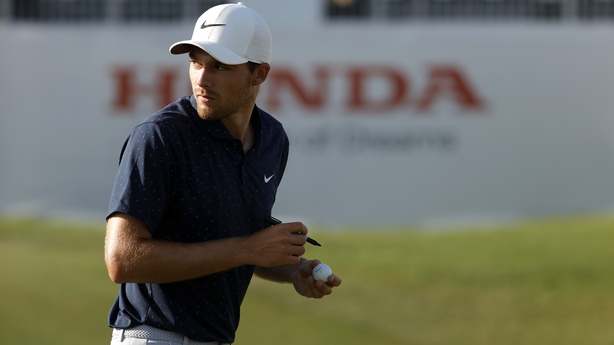 Opening his second round on the back nine, Wise was just one-under for the day before a birdie on his eighth hole of the day and an eagle 3 on the par-5 18th hole when he put his 174-yard approach shot to three feet and made the putt.

Wise had a second eagle four at the par-5 third hole thanks to a 46-foot putt and closed his round with a birdie at the ninth, dropping a 14-foot putt.

"I've been able to take advantage (of the 18th hole) over the last couple days," Wise said. "I hit seven-iron into there today. When the wind switches (Saturday) it will be a two-iron or third-wood. So, I'm happy to get that one. And then made a bomb on three.

"That's a little bit of luck, so you take it and roll with it."

American Wesley Bryan was in no mood to let mud or water prevent him from completing the sixth hole, as he ditched his shoes and trousers to play himself out of a sticky situation in the second round.

A wayward tee shot at the sixth, his 15th hole of the day, landed Bryan in a spot of bother with the ball ending up on the mud just by the water.

Already destined to miss the cut, Bryan rolled up his shirt, took off his socks, shoes and pink trousers before wading into the sludge to line up his shot, much to the amusement of the commentators.

"We've seen a lot of dress downs for water shots in the past. This guy is up to his calves, he's got an interesting way he's hiked up the shirt," one commentator said.

"This is disturbing for Bryan in many ways. I'm going to have a hard time erasing this from my memory. I don't know how much longer we can hang on to this shot."

An ugly swipe barely moved the ball but the world No 426 produced a better effort at the second try before hastily wiping off his feet and finishing the hole with a double bogey.

His nightmare continued as he bogeyed the next two holes before a final-hole birdie to sign off with an eight-over 78. 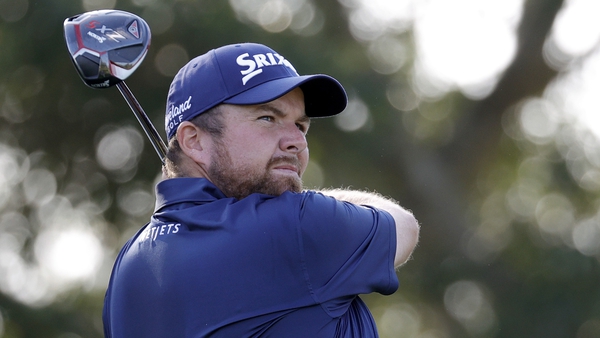 Shane Lowry six off the lead at Honda Classic