Paul Casey, winner of last week's Dubai Desert Classic, is hoping to complete back-to-back wins for the first time in his career at the Saudi International this week, after explaining why he reversed his earlier stance of refusing to play in the kingdom.

In 2019, the 43-year-old Arizona-based Englishman said his ties with UNICEF, the UN's children's agency, were the reason he refused to play in Saudi Arabia, saying he would be a "hypocrite".

In an interview then, he cited his concerns about the welfare of children in Yemen where a Saudi-led coalition has led a military intervention against the Iran-backed Huthis in a conflict since 2015.

Two years later, Casey is one of the headline acts of a $3.5m event that also features world number one Dustin Johnson of the US in a strong field.

UNICEF has described the Yemen conflict as "a living hell" for children, and warned that malnutrition among youngsters has soared to the highest levels ever recorded in parts of the country.

"A couple of years ago, I think I was a little bit torn."

Saudi has faced sharp international criticism for its role in the war, which has come at the cost of thousands of civilian lives, as well as other black marks on its human rights record including the assassination of Saudi journalist Jamal Khashoggi in 2018.

"I don't think I was necessarily that political before, but you are correct, I took a stance where I didn't participate before," said Casey, who rose to 16th in the world following his four-shot win in Dubai.

"A couple of years ago, I think I was a little bit torn. I'm a father. I've got two kids. And you all know my charitable ties with UNICEF, and I felt that it was not right for me to play."

Casey said he had "learned an awful lot" over the past two years and discovered that he had been "flat-out wrong" in thinking UNICEF was a political organisation.

"And that's important to me and that's my focus with my charitable views and endeavours." 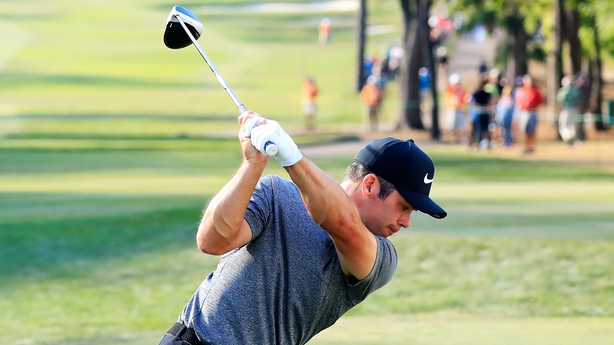 Casey said he now believed that "if you stay away, if you don't engage, if you don't talk, you don't visit, then you're merely kind of hardening positions. Engagement and inclusion is really what it's all about".

Speaking about his chances in the tournament, Casey said even though he has never won in successive weeks and knows how tough it will be, he still felt he had a good chance.

"I've always admired guys who back up, not just a good round followed by another good round, but a win with another win... that's where I always thought Tiger [Woods] was so amazing," said Casey.

He said he liked the course, which requires "a lot of touch putting", saying, "I'm a great touch putter".

"There's no reason why I can't have a really good week and put myself in a position to challenge," he added.

Saudi has dramatically expanded its sporting schedule in recent years, as part of a push to attract more international tourists, business and investment, as the ultra-conservative kingdom embarks on reforms designed to lessen its reliance on oil revenues.

However the push, in a country which forbids alcohol and is notorious for gender segregation, has come under fire from activists who accuse it of 'sportswashing' - using events to distract from a poor human rights record.