Rory McIlroy said he is hopeful that a near-capacity crowd will be able to attend the Ryder Cup at Whistling Straits in Wisconsin in September.

McIlroy said organisers had made the right call by deciding not to stage the event without fans last year during the Covid-19 pandemic.

"Hopefully, with how the vaccine is being rolled out, we are starting to see some light at the end the tunnel with this pandemic.

"It may not be the full, full capacity that a Ryder Cup usually is, but hopefully it will be very close to what a normal Ryder Cup is and I am excited for that."

I'm raring to go after the Christmas break

McIlroy, who is playing at the Abu Dhabi Championship this week, said he was in a good frame of mind.

"I'm raring to go after the Christmas break, I've done some good practice and you come into the new season with renewed optimism and a lot of goals," McIlroy said. "I guess that has translated into some good golf here.

The Ryder Cup will be held from 24-26 September.

He also backed 15-time major winner Tiger Woods to recover from his fifth back operation. 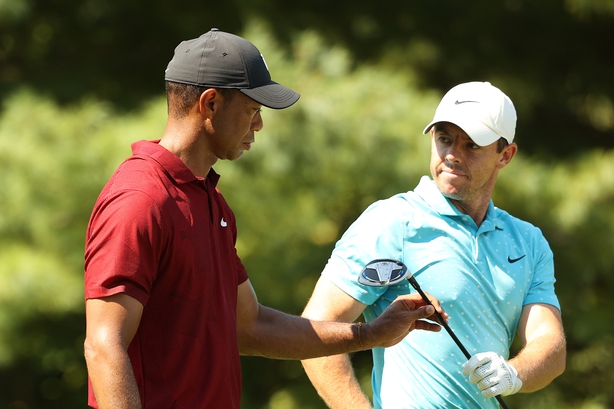 Woods underwent surgery to remove a pressurised disc fragment after feeling discomfort during the PNC Championship in December.

The 45-year-old announced the news on social media on Tuesday but McIlroy said: "I've known for a while. He had it on the 23rd of December.

"In his words it was a small procedure. Obviously any time you are being cut into you try to avoid that as much as you can, but he was back on his feet the next day so I don't think we can read too much into it.

"I think they were just trying to clean a couple of little bits up. Obviously he  won't be playing for the next couple of months but he should be back for the Masters, if not before that, so I think he'll be just fine."

"He won the Masters with four back surgeries so there's not much he can't do," McIlroy added ahead of this week's Abu Dhabi HSBC Championship.

Woods, who will miss the Farmers Insurance Open later this month and the Genesis Invitational in February, said on Tuesday: "I look forward to beginning training and am focused on getting back out on tour."