Padraig Harrington says that his preparations for the Dubai Duty Free Irish Open haven't been ideal.

The Dubliner has been recovering from a broken wrist that he suffered before Christmas after a fall at home.

He's one of 14 home players in the field, having won the tournament back in 2007 at Adare. But he admits that the injury has been hard to shake off as he heads to Lahinch.

"I've had a number of injuries in my career through overwork and over practice," said Harrington.

"Every time the minute I've been cleared to go back, I'd literally get back on the golf course and go, 'yeah, I'm ready to go.'

"This one has been a lot harder. It's now July, and it feels like it's January to me. I just haven't got going.

"I haven't played enough competitive rounds. I haven't been on the golf course enough. I've never gotten into the run of it."

Many players are using the tournament as part of their build-up to the British Open, which this year is being played at Royal Portrush.

Harrington says that he can play through the pain barrier this week, and that the County Clare course is the ideal place to get his game in shape ahead of a tilt at a fourth major before the end of the month.

"I would think this is very similar to Portrush," according to Harrington.

"You've got pretty narrow fairways. You've got a lot of greens and pin positions, good approach shots which sweep towards the hole at times.

"Bad approach shots leave you struggling sometimes. The world of golf has moved towards having perfectly flat fairways and lies. They've even talked about getting free drops out of divots.

"Golf was never designed to be a fair game. It was designed to test your physical and mental ability, and that mental ability is being able to handle good and bad breaks, and traditional links golf does throw in blind shots and things like that.

"You'll get some good breaks and you'll get some bad ones, and the mental fortitude is tested far more on a links golf course than it is on a perfectly ordered parkland course.

"I will be in a playing mode for this week, and when I'm in that frame of mind, I can compete and win."

Paul McGinley hosts this year's tournament as part of a group of players, such as Darren Clarke, Graeme McDowell, and Rory McIlroy, who fulfilled the role for the last four years.

McIlroy won't be playing this week, something McGinley admitted is a "body blow."

With Ryder Cup captaining duties to look forward to, would Harrington like to take over from McGinley for next year's running of the event?

"I would love to host one in the future," confirms the Stackstown man.

"I'm sure I'm on the list. But it will all come down to obviously sponsors and making decisions about getting the right venue and then the right person in that venue to do the job."

"You know, certainly it's been talked about, discussed.

"You can be sure that I will host the Irish Open in the next number of years. It just mightn't be next year."

Follow the Dubai Duty Free Irish Open with our live blog on RTÉ Sport Online and the RTÉ News Now App and watch live on RTÉ2 from 10.30am Thursday. 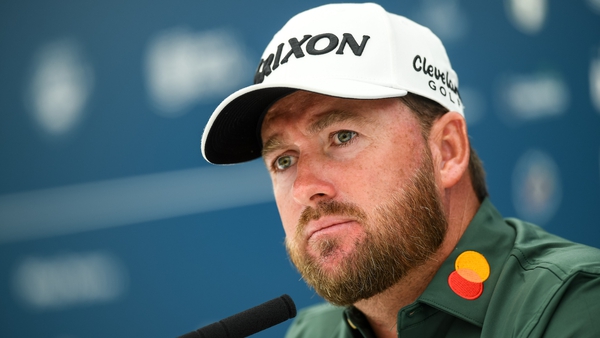 McDowell looking to roll back the clock in Lahinch