Graeme McDowell is hoping to roll back the clock and repeat a double victory he achieved 19 years ago.

McDowell will take part in the Irish Open at Lahinch this weekend, before his attentions will turn to his home course Royal Portrush and the 148th Open Championship.

The 39-year-old has already been back to Portrush to see how the course is shaping up ahead of the year's final major as he seeks a repeat of his double title success in 2000, when he won the Irish Close Championship at Portrush and the South of Ireland championship at Lahinch.

"I was just back from my first year of college in the States and I definitely was starting to develop this accent a little bit," Orlando-based McDowell joked about his much-mocked mid-Atlantic twang.

"But I was very confident. I was very focused on my golf. I had my best eight months of preparation that I've ever had in my golfing career to that point and came home to Ireland that summer feeling like I was one-up on most of the guys, just from a preparation point of view.

"To win at Lahinch and Portrush again this summer, that would be special. That would be a pretty cool way to get myself back to where I want to be in this sport."

Lahinch hosts this week's €6million Dubai Duty Free Irish Open and McDowell is fully concentrated on winning the title for the first time after getting in some early preparation at Portrush.

"I got two great days up there, really had a decent look at it and really feel like I can focus now on these next two weeks," McDowell said. "I don't have to try to get back up there to play practice rounds.

"I was trying to approach my practice rounds up there without too much complacency. I was like, growing up on the golf course, should I be out here grinding? Yeah, I should be out there grinding.

"Aside from the Irish Open (in 2012), I haven't played competitively at Portrush in 18 years so I'm trying not to be complacent with my preparation and I did my usual kind of reccy when it comes to playing a golf course. 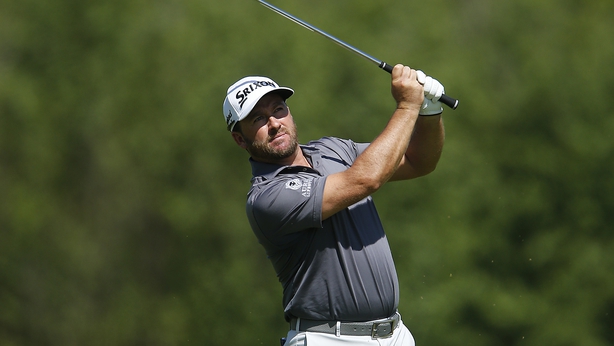 McDowell's return to Pebble Beach nine years on from his win at the course for this year's US Open in mid-June saw him finish tied 16th on three under.

McDowell feels that performance provides him with a solid platform for this month.

"Pebble (Beach) was a great dry run for me for Portrush because I went in there with that little expectation of being the last guy to win the US Open at Pebble, with the big draw on Thursday and Friday (alongside Dustin Johnson and Phil Mickelson) and felt like I handled myself pretty well," added McDowell.

"Nothing prepares you for the Open Championship in your hometown and something you've always dreamed of for the last 20, 30 years but I feel like that will stand me in good stead.

"I'm really trying to play hard these next two weeks so that I can take some form with me to Portrush and be able to take it easy with my prep Monday, Tuesday, Wednesday and really just rest up and get ready for the tournament.