Michael Hoey sits four shots off the lead at the ISPS Handa Vic Open in Geelong following an impressive six-under-par opening round in the European Tour's event in Australia.

The Ballymoney man hit a flawless 66, including six birdies, to sit in a tie for 15th place, four shots off leader Nick Flanagan in what turned out to be a low-scoring opening round in Victoria.

Gavin Moynihan sits one shot off Hoey, having carded a five-under 67 - another bogey-free round - while Paul Dunne posted three under for his first round. Irish amateur Conor Purcell shot a level-par 72.

The 36-year-old's incredible run matches the feat accomplished by former Open champion Mark Calcavecchia in the 2009 Canadian Open and followed a double bogey on the 14th hole of the Beach course at 13th Beach Golf Club, his fifth hole of the day. 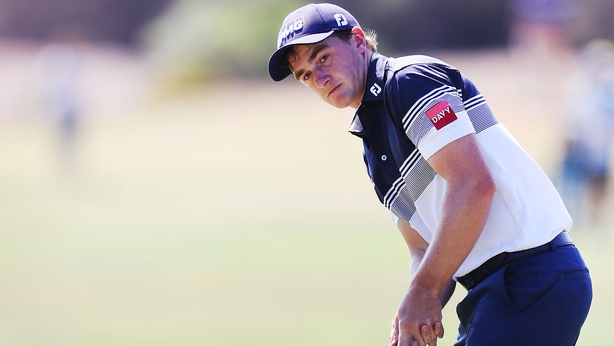 Austria's Bernd Wiesberger made nine birdies in a row at the 2017 Maybank Championship, but with preferred lies in play on that occasion Nitties' run of gains made him the first player to officially do it on the European Tour.

"I had a good chance for that 10th birdie but I didn't want to break it," Nitties joked. "It's such a longstanding record, I wouldn't do that to Mark, so it's good to hold it with him.

"I'm pumped. I don't hold any other world records that I know of, so to be a part of one is pretty cool. I definitely have the world record for best bounce-back stat because I holed the nine birdies and I preceded it with a double-bogey.

"I was a little peeved off that I made double from the middle of the fairway and followed up with a couple of birdies and then rattled off about seven or eight more - it's pretty special."

An eight-under-par 64 left Nitties in a six-way tie for second alongside Jason Scrivener, James Anstiss, Callum Shinkwin, Kurt Kitayama and Hugo Leon, two shots behind leader Flanagan, who had eight birdies and two eagles in a 62 on the Creek Course.

"A couple of early putts dropped and then I just wasn't trying too hard, essentially," Flanagan said. "I just had one of those days where everything seemed to kind of go right."

Women's British Open champion Georgia Hall is five shots off the lead after a 70, with Solheim Cup captain Catriona Matthew carding a 72 and Charley Hull returning a level-par 73.

Stephanie Meadow opened with an impressive three-under-par 70 in her opening round.