Paul Casey has reiterated his decision to skip next week’s golf tournament in Saudi Arabia as controversy continues to surround the decision to host the competition in the country for the first time.

Casey, a UNICEF ambassador, had previously stated that would be absent for the at the Royal Greens Golf & Country Club in the King Abdullah over concerns over the country’s human rights record.

Saudi Arabia has come under increased scrutiny since the killing in October of Khashoggi, who wrote critically of Crown Prince Mohammed bin Salman in columns for The Washington Post.

European Tour chief executive Keith Pelley deflected concerns when he introduced the Saudi International to the schedule in November, but despite rumours that Casey had signed an agreement to participate, he confirmed on his Instagram account today that simply wasn’t the case.

"As I continue to face questions about my participation I feel it is important to clarify that I will not be playing in next week’s Saudi International event. Plus contrary to reports I had also never signed a contract to play. I hope this addresses any confusion. Thank you," he wrote.

Earlier this month the English golfer told reporters that he had to weigh up the decision to play or not.

"There are a lot of places in the world that I have played and continue to go, which you could question … some human rights violations that governments have committed," he said. 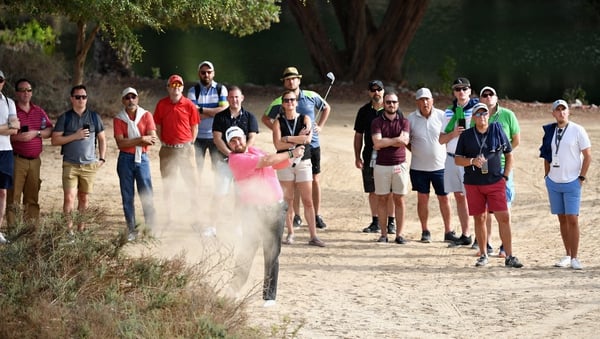