Shane Lowry carded a second round 67 at the Dubai Desert Classic to stay within touching distance of clubhouse leaders Lucas Herbert and Bryson Dechambeau.

The Offaly man improved on his opening round by two shots with six birdies and just one dropped shot, at the par-four 12th and is at eight under par for the tournament.

Lowry is bidding for more silverware to follow up on his prestigious Abu Dhabi HSBC Championship last weekend.

Herbert's 63 was the lowest round of the week so far and was kickstarted by an eagle and two birdies in his first three holes, with five more birdies followed by a lengthy par-saving putt on the ninth, his final hole, after pulling his tee shot into the water.

"I don't expect to shoot another two 63s out there," the 23-year-old said. "I think today was some of the really good golf that I can play and it's going to be hard to replicate that.

"But if I just keep putting one foot in front of the other, I won't be doing too much wrong. Keep the bogeys off the card, try and pick off those par fives and I don't think we'll be too far away from it Sunday afternoon."

He is joined at the top of the standings by Dechambeau who carded a second successive 66.

They are one clear of Alvaro Quiros and Ernie Els, the latter seeking a first tour victory since 2013.

Paul Dunne’s tournament however has come to an end. After yesterday’s 70, he needed a low round to make the cut, but a 75 today has put paid to his weekend. 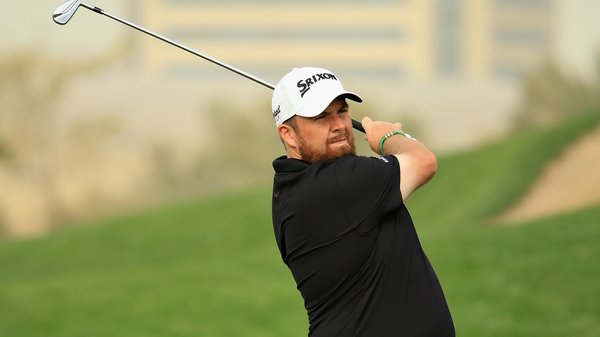